A New Zealander in Nepal says she and her family are lucky to be alive after the devastating earthquake that hit the country over the weekend.

More than 4000 people are known to have died in the 7.8 quake on Saturday and more than 6000 were injured. Dozens of people are also reported to have been killed in neighbouring China and India. 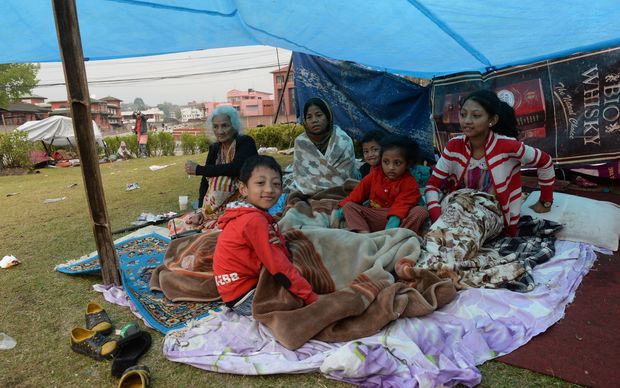 A Nepalese family in a makeshift shelter. Photo: AFP

Marie Richards-Hodge and her family were in the capital Kathmandu when the quake struck.

She said after the first earthquake, it took them some time to realise just how serious it was.

"There were people running around us, screaming, crying, [there were] bricks flying.

"We took shelter inside a shop, which happened to be probably the only shop in the vicinity which wasn't damaged, so we were extremely fortunate as a family."

Ms Richards-Hodge said she, her partner and their two daughters were now camping in a park.

"We understand that people have been told essentially to be outdoors for three days, so people are all out on the streets, they've got their blankets and some of them have got their pots and pans and things, and they are sitting, the same as us, in these spaces where there's not the powerlines or the brickwork around you."

"It was tough, because then all our bedding was wet, but we're in a lot better situation than the local people are because we did have an area we could get in under and the tents collapsed under the weight of the rain.

"There's an Israeli group here with young babies, some of them as young as 12 days ... and they're living in these conditions, it's horrendous."

Ms Richards-Hodge said she did not know when she and her family would be able to get out of Nepal. 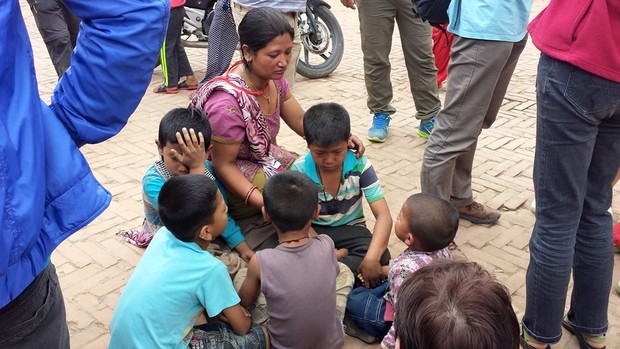