New Zealand Ambassador to the United States and former Prime Minister Mike Moore is recovering in a US hospital after suffering a mild stroke. 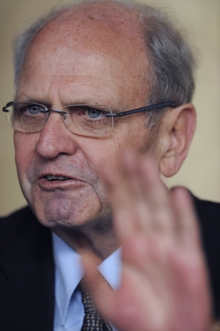 His wife, Yvonne Moore, has released a statement saying he is making excellent progress after starting rehabilitation yesterday.

Mr Moore has held the diplomatic post in Washington since 2010.

He was also director-general of the World Trade Organisation from 1999 to 2002.