An investigation into allegations of mistreatment of Chinese workers at KiwiRail has found no evidence of any welfare issues or breaches of employment laws. 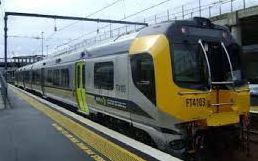 The investigation was carried out by the labour inspectorate within the Ministry of Business, Innovation and Employment.

The Ministry had received a letter last August alleging that Chinese workers removing asbestos from KiwiRail locomotives in Lower Hutt were only being paid about $45 a day.

It said that local workers were bringing food in for them, and also claimed the men were living in cramped conditions and were being exploited.

But the Ministry's investigation could not identify any issues and has decided no further action is warranted.