Is it Avon, Avon, or Avon? Hewitt Humphrey takes a closer look at the different Avons around the world, via trainspotting, two different violas, and the placement of 'only'. 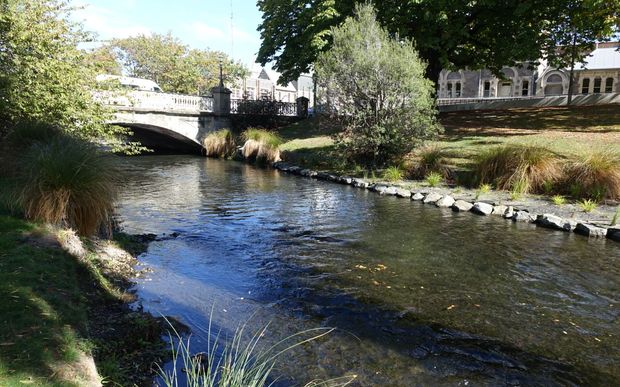 The river in Christchurch - not to be confused with the cosmetics trademark. Photo: RNZ / Conan Young

For a great variety of reasons, the word Avon finds its way into many conversations. I thought it might be useful this week to set out the pronunciation advice offered to Radio New Zealand staff.

For the river in Christchurch: AY-vuhn, [IPA: ˈeɪvən], it rhymes with "haven". The same applies to the English county of Avon.

In the English county of Devon: it is AVV-uhn [IPA:ˈævɪn], it rhymes with "Gavin".

In the Grampian region of Scotland, it is AHN [IPA: ɑːn], it rymes with "barn".

While on the subject of differences between Auckland and Christchurch, the way we say Northcote also differs.

In Auckland it's NAWTH-koht [IPA: ˈnɔːθˌkəʊt], while in Christchurch it tends to be pronounced the way it is in the UK, i.e. NAWTH-kuht [IPA: nɔːθˌkət]

Trainspotting on the radio

Nothing aggravates listeners more than hearing the wrong terminology used. So our broadcasters are advised that carriages on the railways carry people. Wagons are used for freight only.

And, speaking of only, a correspondent implores us to take care where we place the word "only" in a sentence. He was actually referring to TVNZ and their advertisers. While we have no control over what other media organisations do, I can assure him we do try to get it right at Radio New Zealand.

As a general rule, "only" goes straight after the verb, noun or pronoun it modifies. But there are often many factors involved. Also, much of what is said on radio is conversation and live speech will never be perfect - or will it? Only joking. Or should that be "Joking only"?

Another correspondent raises the use of "evacuated" in news about cyclones and other disasters. I assume from her email, that she is saying it should always be buildings and places that are evacuated, rather than people. I agree with her and it would be nice to preserve that, but I think in the world today the use of "people being evacuated" has become so entrenched we have to accept it.

At Radio New Zealand, we always used to talk about rugby and soccer. When I was a young boy, "footie" meant rugby. Times have indeed changed and it is now Radio New Zealand's official policy to refer to soccer as football and rugby as - rugby.

Finally a random entry from the RNZ pronunciation guide:

The stringed musical instrument in the orchestra is a vee-OH-luh [IPA: vɪˈəʊlə]