Hats tipped forward, toes pointing out - and marching that is perfectly timed.

The War to End All Wars: Our Anzac 2015 Interactive

Members of the Navy, Air Force and Army going to Gallipoli this Anzac Day feel a mix of incomparable honour, and daunting responsibility.

More than 500 personnel are representing New Zealand at Anzac Day services in the likes of Turkey, England, Belgium, Australia and Antarctica.

Personnel will also be in Niue, Cook Islands, Tonga and Samoa.

Lieutenant Colonel Mike Duncan is in charge of the contingent going to Gallipoli and said there had been huge preparations, with personnel mindful of the roles placed upon them.

"We are representing the New Zealand Defence Force and also the people of New Zealand as well, so it is a huge responsibility and we're extremely mindful of that."

Personnel were still practising at the Whenuapai Air Force base two days before the left for Turkey - when it comes to military precision, "coming second is not an option." 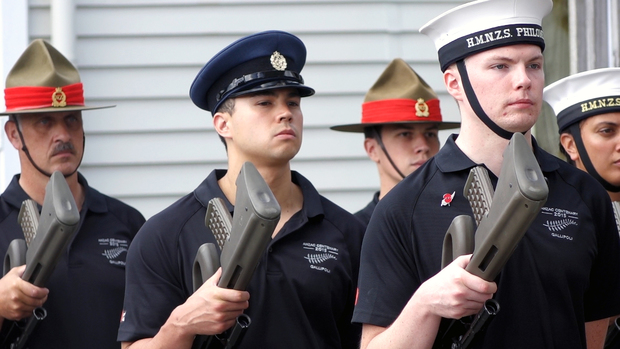 Lt. Col. Duncan said the Defence Force treated last year's commemorations as a dress rehearsal, and a lot was learned at that time.

"We are well prepared. We understand what we have to do - and more importantly we understand the significance of the occasion," he said.

Many of the young personnel going to Gallipoli are going overseas for the first time.

"To get their first trip overseas to go to something like this is just extra special. What I did say to them is just soak it up, soak up the atmosphere, soak up the emotion of the whole occasion.

"It is an extremely emotional occasion - visiting the cemeteries, doing the walk around the peninsula - we can just get a small understanding of what those who landed on Gallipoli 100 years ago went through," he said.

A bugler from the Army Band is taking back a weathered bugle which was at Gallipoli. It is engraved with names and features from the campaign and will be played by Corporal Kevin Hickman. 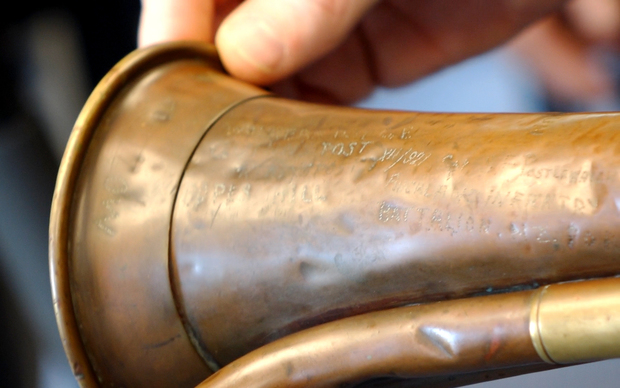 "It's a little bit battered and beaten up, but it's going to sound really great and it's lovely to have that significance playing an actual bugle that was there 100 years ago," he said.

The Defence Force musicians are not normally sent on overseas operations, and Lt. Cdr. said it was a huge honour to be selected to play at Gallipoli.

"It will be overwhelming. I've been lucky enough to go a few times before but each time has a special significance and I learn new things about the history of the conflict and go to new parts of the battlefield."

Lt. Cdr. Clarke said a small band is sent to Gallipoli each year to support the ceremonies, often rotated through the Defence Force services.

"We play the national anthems, we play quiet music during the wreath laying services, we accompany the hymns and of course we have our bugler and our singer.

"Once you get into the actual ceremonies themselves you realise the huge role that being a musician in this group going to Gallipoli really plays, and it's a very important one," he said.