First-home buyers need to be realistic and accept they cannot afford the leafy suburbs of Remuera, Building and Housing Minister Nick Smith says. He said Auckland house prices had risen threefold since 2002, and New Zealand was one of the few advanced economies that had not had a housing correction in the past 45 years. He urged the Government to do more to address what he called an imbalance in the housing market. 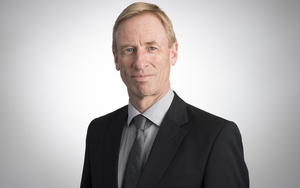 But Dr Smith told Morning Report there were currently 53 houses for sale in west Auckland for less than $550,000.

"There are properties in that price range if people are prepared to go further south and north and, admittedly, that comes with a large commute for those that work in the CBD (central business district) but, actually, some people need to make that choice to get their first rung on the housing ladder," he said.

"Whenever people make that first decision to get into a first home, it is always going to be a stretch and difficult. I think there is an element that people need to be realistic and that is that your first home is not going to be one in the leafy suburbs of Remuera close to the central city.

"That has never been possible for the first-home buyer but what we need to do is increase the supply, particularly of areas like apartments, where there is a broader range of options for those first home buyers."

He also said Mr Spencer did not directly call for a capital gains tax, and such a tax would not work.

"I go back to that Productivity Commission report, which was substantive and independent, and it said that the issue of tax and capital gains tax was not the right way to go.

"I'd also draw your attention to Australia where they have such a measure and house price inflation and affordability in cities like Melbourne and Sydney are as challenging as they are in Auckland."

Dr Smith said the Government was instead concentrating on increasing the supply of new houses and apartments in Auckland; the number of houses being built had increased from 300 to 600.

"This is actually a supply problem - it's been an issue about meeting the demand for housing back since 2010. It's that there hasn't been enough building to keep up with the demand.

"It's the fact that migrant levels are up, most are settling in Auckland, less people are leaving for Australia, so there's a lot of pressure on Auckland at the moment."

He said property speculation was pushing up prices and the Reserve Bank should require an increase in the deposit for each extra property an investor buys.

But Prime Minister John Key is accused the Labour Party of hypocrisy over the call for targeted loan-to-value ratios.

Mr Key said Labour had been very critical of the Reserve Bank's policy to limit on lending to potential homeowners with low deposits.

"They spent the entire time they were brought in bagging me in Parliament for allowing the Reserve Bank to do it, now they're proposing to do it."

Mr Key says a capital gains tax had not worked in other cities, and would help rebalance Auckland's housing market.

Tax could drive up prices

"There's a real risk that not only would a capital gains tax potentially not work, but in fact sellers could price the fact that they had to pay capital gains tax, to some extent, into their price.

"So it could actually drive the price up."

The Reserve Bank said the solution was more land being opened up, and legislation to help speed up the consenting process enacted quickly but warned construction would need to continue at a high pace for many years to catch up.

For those reasons, Institute of Economic Research's principal economist Shamubeel Eaqub doubted there would be a housing crash in the immediate future.

"Given that it's a very tight market, very strong growth in demand facilitated by low interest rates and competitive banks, it's very hard to see a big drop in the market in the short term," he said.

"The solutions we're talking about are slow in making and will take time."

A Housing Accord signed by the government and Auckland Council in 2013 aimed to grant an extra 39,000 consents by October next year.

But Mr Kelly said the industry did not have the numbers to meet that target.

"I think one of the issues is trying to smooth out that boom-bust (cycle) and I think that's where the Government can play a part in thinking about how it procures so that the building and construction companies have the confidence to take on staff and keep them on.

There had been an increase in apprentices but the industry also needed more experienced workers.

Certified Builders' Association chief executive Grant Florence said it was unrealistic for thousands of houses to be built to meet Auckland's demands, as there were not enough experienced builders in the country.

"In Auckland there is a trade shortage. That has been the case now for probably a good 12 or 18 months and in the Auckland sense I can only see it getting worse."

Mr Florence said there were 10,000 people in trade training but they would not be ready for another couple of years.

However, a builders' union said a shortage of builders in New Zealand was being eased by people coming back from Australia, because there was more work here.

A spokesperson for the Engineering Printing and Manufacturing Union, Paul Johnston, said builders had gone to Australia to "chase the money" but there was not enough building work there.