Forty years after thousands of orphans were flown out of war-torn Vietnam, a New Zealand man is one of many using DNA technology to find out more about his past.

For two weeks in April 1975, the American Government carried out Operation Babylift, flying thousands of orphans out of Vietnam as Saigon fell to communist troops. 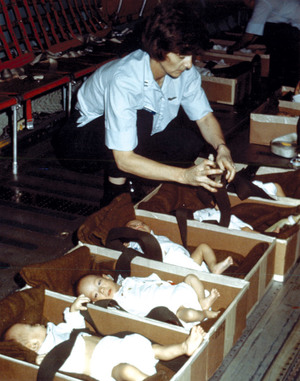 Some of the thousands of babies and children being transported out of Vietnam at the fall of Saigon. Photo: United States National Archives and Records Administration

Many more children were flown out by other western countries like Britain and Australia and adopted around the world.

Just a handful of them came to New Zealand, and one, Scott Hebden, is now using DNA technology to try to connect with the Vietnamese relatives he left behind.

Scott was just a few days old, starving on the side of the road when he was found by a group of nuns.

He was taken to an orphanage where he stayed for three months before being flown to Australia.

When he arrived he weighed only four pounds, severely malnourished because the main food he had been fed was starchy rice water.

"He was just so tiny. I'm not very big and he could lie on the palm of my hand," she says.

"He was covered in sores. He was desperately, desperately ill and we were very lucky that we were able to keep him alive."

Forty years on, living in Munich with a wife and two children of his own, Scott is very aware of the different path his life could have taken.

"I spent quite a number of months in the infectious diseases unit in Melbourne so the chances are I would not have survived."

Carolyn and her husband, then living in Australia, were one of a number of people who wanted to help by adopting orphans.

She says many of those people were already fundraising and working to help orphanages and they were very aware how dire the situation was.

"Scott has absolutely no idea about why he would have been placed on the side of the road. Maybe somebody thought he had a better chance, you just don't know."

"I mean those children were just lying, just left. The death toll was enormous and it was desperate, absolutely desperate." 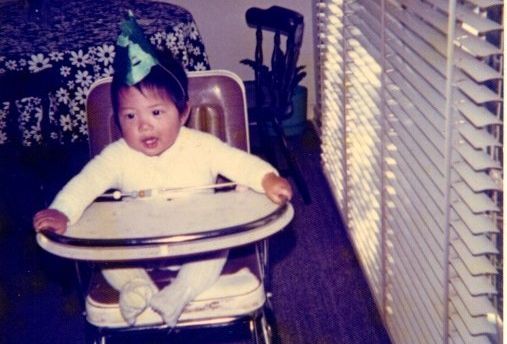 Scott Hebden as a one-year-old at home in New Zealand. Photo: Supplied

As the situation in Saigon worsened, many governments, including New Zealand's, faced pressure to help the orphans.

Others argued they should stay - some felt they were better off in their homeland while others feared large scale Asian migration. In the end, the New Zealand Government let just three in.

A New Zealand nun, Sister Sheila O'Toole, who had been working in rural Vietnam, helped to get them out. She remembers the scene as the babies prepared to leave.

"There were babies everywhere; all over the floor, in all sorts of things, cardboard boxes and everything, waiting for a bus or something to take them to the airport."

She says the babies had been left with her and some other sisters by their mothers who were unable to care for them in the extreme circumstances of the war.

She was hugely relieved when she got them on a flight until, waiting for takeoff, she witnessed the biggest tragedy of Operation Babylift - the crash of a United States military flight in which 138 people, including 75 children, were killed.

"Here was this huge American jet not going up in the air but coming down. It couldn't turn enough to get back into the airport so they landed in a rice field.

"The small children were on the bottom of that jet and the babies on the top with all their caregivers and the ones on the bottom didn't have a show."

Amazingly, the flight with the New Zealand-bound babies still took off and landed safely in Australia before the babies came to New Zealand. All three still live here and Sister Sheila keeps in touch.

Scott Hebden eventually arrived from Melbourne when Carolyn and her husband returned home.

He says he had a very ordinary childhood but, as a teenager, he began to wonder where he came from.

When he was in his 20s, he returned to Vietnam and says he was terrified - until he arrived.

On one of his many trips since then Scott met his wife, Thao. 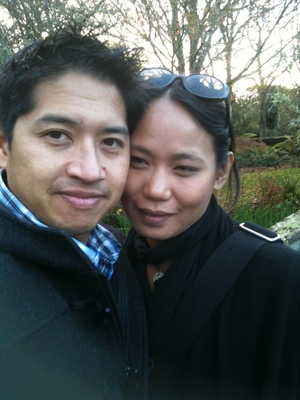 She had been evacuated to Germany as an orphan and she encouraged Scott to put his DNA in a database that was trying to reunite families torn apart by the war.

Both have found relations, but neither know any more about their parents.

"Even though I've only found ... second and third degree cousins, it's still the first blood relatives," says Thao.

"Even though they're distant relatives, it's amazing because suddenly you have some kind of proof of existence. It's not just you."

Not all the orphans have had such positive upbringings and there are questions about whether some that were taken on the flights were even orphans.

Some of them may have been lost, or their parents may only have intended for them to be temporarily in orphanages.

Thao says it is very difficult to judge what was the right thing to do when looking at the events in more modern times and away from the pressures of war.

As Vietnam modernises, the chance for families to reconnect is growing.

More people can access the DNA database, the internet is reaching more people and there are television programmes dedicated to reuniting families.

Thao and Scott say they hope, with time, they may find more people in their Vietnamese family.