A South Island mussel farmer is warning of a national shortage of mussels in two years time, because higher sea temperatures have affected the spat harvest. 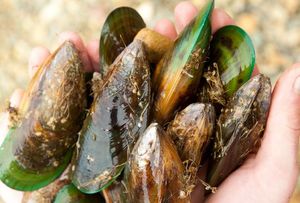 Yesterday, the Sanford mussel plant in Christchurch announced its likely closure with the loss of up to 230 jobs, blaming warmer waters for a significant drop in mussel production.

Paul Morgan of Kono New Zealand said water temperatures had risen two or three degrees because of climate change, and less rain has meant fewer nutrients going into the sea.

He said most of the industry's spat was collected at Kaitaia so many farms would not have mature mussels in 18 months time. Demand was growing at the same time as a reduction in volume being produced.

Sanford has started up a mussel hatchery at the Cawthron Aquaculture park in Nelson, but is not expecting it to have an effect on supply for a few years.

Marine scientist at Auckland University Andrew Jeffs said water around New Zealand varied, but had risen by at least one degree Celsius.

But he said drier weather was just as significant.

"When we get more rainfall it washes nutrients off the land and then to the sea and that triggers growth that the food that shellfish like mussels consume in the water column. This las summer has been particularly dry especially in the north."