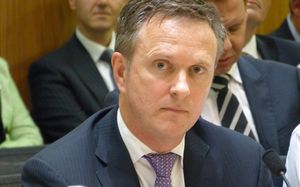 Viewers can often not access shows hosted on overseas domains because the rights have been sold to local broadcasters.

But some internet providers offer a service that masks New Zealand as the country of origin.

Sky Television, Mediaworks, TVNZ and Lightbox have written to Slingshot, Orcon, Bypass Network Services and others telling them to cease such services, saying they are in breach of copyright law.

The companies said they paid considerable amounts for exclusive content rights and those rights were being impinged.

"We feel that's being knowingly breached and we consider that to be illegal. Our advice indicates that it is. And that's why we're taking [the] action that we are."

Mr Kenrick said the issue might ultimately need to be resolved in court.

He said he did not want the fight against overseas access to television content to be seen as an attack on New Zealand viewers.

"We don't have any beef with any viewer wanting to watch great content. What we have a concern with is a business which we believe is knowingly impinging on our copyright, in order to profit from it at our expense."