Amidst replica codpieces and John Campbell's forthcoming turn on Dancing With the Stars, this year's bumper crop of April fools' jokes rivalled even the healthiest of spaghetti trees.

Breaking news. @JohnJCampbell is the first contestant confirmed on Dancing with the Stars 2015. Embargoed till 7pm. pic.twitter.com/nuz8qFYaKo

As Radio New Zealand didn't do an April Fools' prank of its own ('Royal family to move primary residence to Dunedin'; 'Full transcripts of all broadcasts can now be texted straight to your cellphone in real time!'; 'Grant Elliott to appear on new $5, $10, $20 and $50 notes'), here are some of the web's best.

AUT students can now learn from some of history's brightest (quite literally) after the university's announcement of holographic lectures.

'The revolutionary new lectures will give students the option to learn from a list of famous faces including Gandhi, Einstein and Tupac' (who will apparently be sharing the 2016 teaching of '217012: Professional Wine Studies' and '167537: Japanese Religions and the Samurai' between them).

For students at the other end of the country, the outlook is a little more bleak: Otago's tamed ways, says student rag Critic, have led to the cancellation of the annual Hyde Street party. 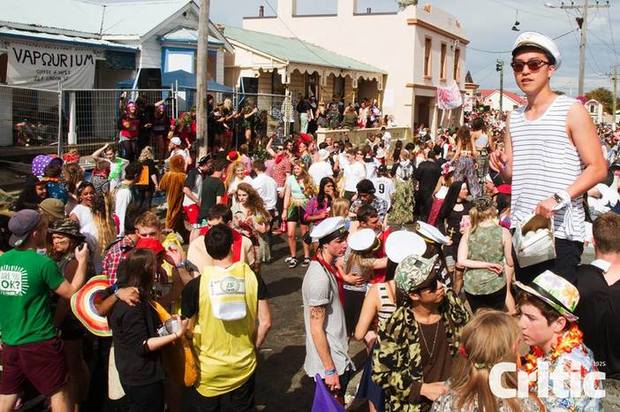 '"Obviously the ethos of Hyde has been lost," stated mature student and past Hyde attendee. "In my day, if you didn't wake up naked in a police cell, you hadn't done it right."'

The University of Oxford's student paper Cherwell took things up a gear by announcing its new Vice-Chancellor...

...while at Cambridge they went for a more subtle approach.

Oh this is good RT @paulcoxon: So many people are falling for this :D #AprilFools pic.twitter.com/zFkwZIm3Ch

Have you seen this great idea? Developers want to build a hotel in the form of a crayfish on the Kaikoura waterfront! pic.twitter.com/u3c8dKjZWy

The cray hotel 'would include over 200 rooms over five floors and two restaurants, all with access via a boat ramp in the tail.'

It isn't the only hotel-based piece making the rounds.

While our Auckland newsroom spent the last day of March scratching their heads over Wellington's proposed leaning tower (apparently an entirely earnest proposal for the city that almost had its own Wellywood sign), British paper The Telegraph had their own slant on leaning towers: their Travel section reported that Pisa's own example was to be transformed into a luxury hotel. 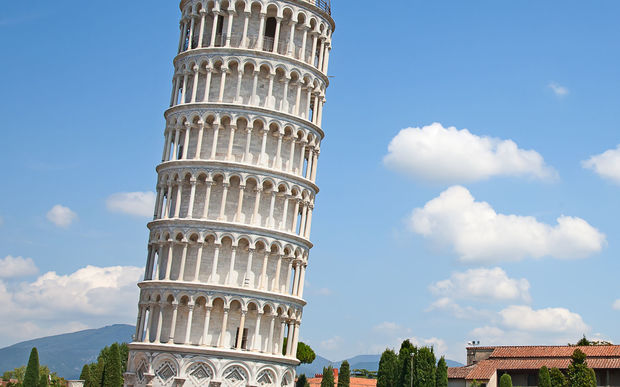 Jury's out on whether that one's just taking the Pisa.

It wasn't just media outlets and universities taking a spin on comedy gifs and 'surely not' headlines: brands threw their hats into the mix, including a valiant effort from supermarket Pak'n'Save today.

...and to the fellows down at BMW, who made one woman's day when she decided to take their "April Fools' Day special" on the cover of the Herald at face value - they promised a new BMW to the first person who took their car and the front-page coupon to their Newmarket dealership.

She walked away without her 15-year-old Nissan station wagon, and with a brand new BMW 1 Series. Not such an April fool after all. 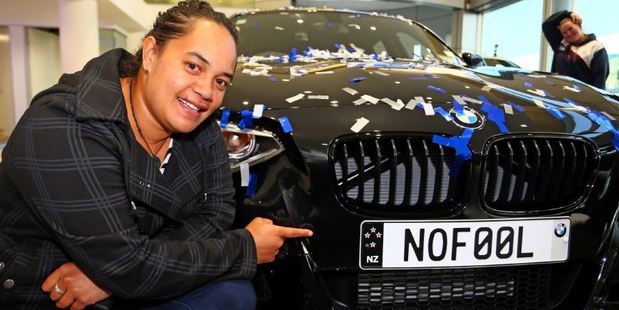 We finish with an April fools' joke from the Guardian, which made at least one kiwi tweeter's heart skip a beat, and we'd love to believe was true:

Until next year! (We'll keep our fingers crossed on the currency change.)