An America's Cup qualifying regatta in Auckland is looking less likely after a vote by teams to have all of the racing in Bermuda.

The teams have voted on Wednesday to reduce the size of boats used at the 2017 event. 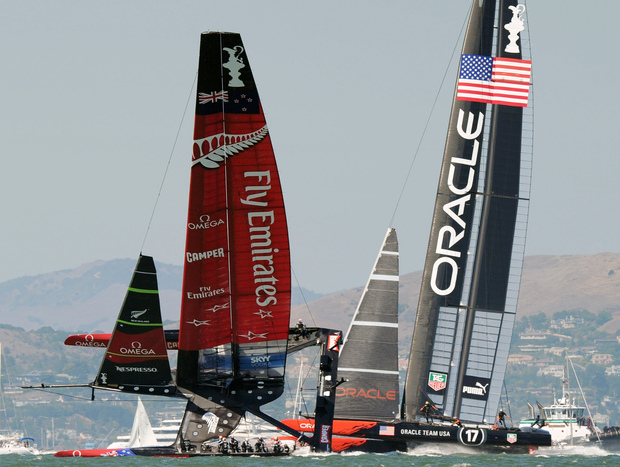 A majority of the six teams currently entered in the competition supported the introduction of wing-sailed, foiling catamarans between 45 and 50 feet.

It is not clear how Team New Zealand voted, but last week they stated their support for Luna Rossa who threatened to pull out of the event if the change was approved.

A majority of the teams also indicated a preference that all of the racing in 2017 be conducted at a single venue in Bermuda, a decision likely to prevent Auckland from hosting a qualifying regatta.

The votes are part of changes aimed at reducing costs for the 2017 America's Cup.

The America's Cup Event Authority said it would now consider nominating a single venue for the qualifiers.

Emirates Team New Zealand said in a statement that it had now reluctantly filed an application to the America's Cup Arbitration Panel to reinstate Auckland as the qualifier venue based on a signed and accepted bid.

CEO Grant Dalton said he could not guarantee Team New Zealand would compete.

"Oh, I can't say it's definitely a certain starter, for sure, but certainly we'll fight on and we will take this to arbitration."

He said it was about enforcing a contract, not about government funding, and this was not the end of Emirates Team New Zealand.