A Canterbury University scientist says his research suggesting common weed sprays decrease the effectiveness of antibiotics could have major implications for agriculture and people living in towns and cities.

The study, published this week in mBio, the journal of the American Society for Microbiology, shows that bacteria exposed to common herbicides, including Roundup, sometimes become antibiotic resistant.

It follows the announcement last week by the World Health Organisation that the active ingredient in Roundup, glyphosate, was a "probable carcinogen". 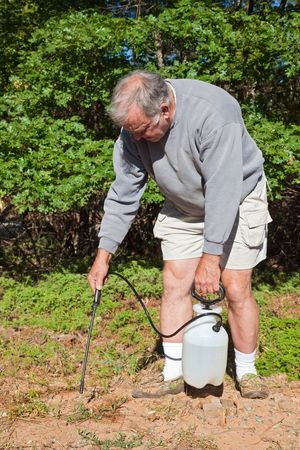 The lead author Jack Heinemann, professor of genetics and molecular biology at Canterbury, said farmers wore protective gear when handling herbicides, but bees and cows could be exposed to risk.

"Whereas in urban environments, we think probably the most important exposures are going to be our pets - because they're going to be walking through recently treated gardens or lawns - or children."

Professor Heinemann said researchers will now focus on what compounds could be responsible, and whether bacteria will stay resistant to antibiotics after the herbicide is gone.

However Federated Farmers said the research was not cause for "panic".

The federation's president William Rolleston said the findings were "interesting".

He said the findings only showed decreased effectiveness of antibiotics in some cases, not resistance, which would require genetic changes and be able to be passed on.

He said more work was needed to find the exact mechanism responsible and the study should not be "sensationalised" to support a political agenda.

Monsanto, which makes Roundup, declined to comment but referred questions to the Association for Animal Health and Crop Protection.

Its chief executive Mark Ross said people should not be worried.

He said other bodies, including the United Nations, had found no evidence of cancerous effects on people from glyphosate.

A spokesperson for the Ministry for Primary Industries said it was aware of the new analysis published by the International Agency for Research on Cancer regarding the classification of glyphosate.

He said the Environmental Protection Authority was reviewing the report and the Ministry would then consider if any changes were required.