A New Zealander has been found guilty of insulting Buddhism through an alcohol promotion in Myanmar and sentenced to two and a half years with hard labour in prison. 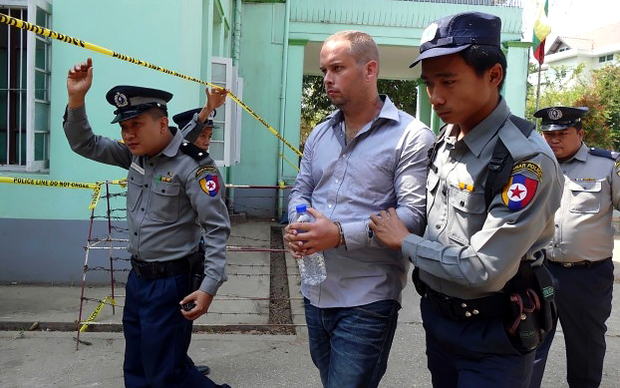 The trio, who ran the VGastro Bar in Yangon, were charged in connection with a flyer and online promotion for a drinks event. The promotion - which depicted Buddha wearing headphones - was posted on Facebook.

Under Myanmar's Religion Act, anyone who attempts to insult, destroy or damage any religion can be punished by a of two years in jail.

The three men are likely to be held in the city's notorious Insein Prison, where they have already spent the last four months. 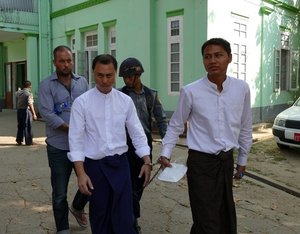 Blackwood, pictured with his business partners on his way to court. Photo: SUPPLIED

All three men had denied insulting religion during their trial.

The New Zealand Ministry of Foreign Affairs and Trade said the New Zealand Embassy in Yangon was in contact with Blackwood and providing consular advice and assistance.