Unions are angry Finance Minister Bill English has ruled out a four percent wage increase for public sector workers, saying before the election he had raised their expectations. 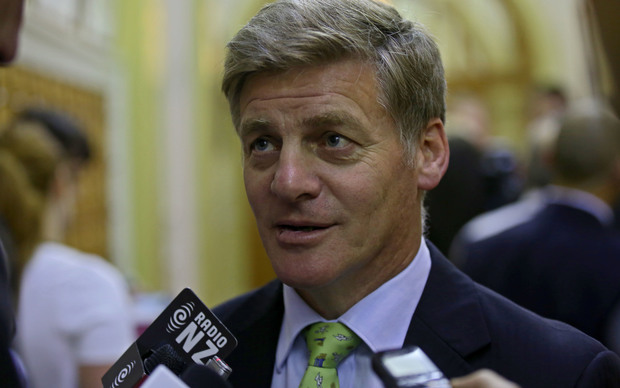 Mr English told TVNZ's Q&A programme that a four percent pay increase was not reasonable at present and a rise of one to two percent was still a significant gain over the cost of living.

The New Zealand Educational Institute is set to negotiate with the Government over teachers' wages later this year, and national secretary Paul Goulter said a one to two percent rise was simply not enough.

"Teachers right throughout New Zealand are quite clear there needs to be a catchup because teachers, over the past few payrounds, have pulled their belt in considerably in a time of incredible change inside education and this doesn't appear to have been recognised by the Government."

"We are always suprised when you are meant to be in a negotiation situation and one party comes out and just unilaterly says 'that's not a place you're allowed to go to' - that's not negotiation, that's dictating."

The New Zealand Nurses Organisation says it is currently negotiating a fair and decent pay rise for its members.

"He was talking about a rock star economy pre-election and of course the rhetoric has completely changed.

"The problem we have in negotiating for the DHB members is that the funding for the health system is lower than it has been for over the previous decade."

Mr Harry said DHBs were having to fund pay increases out of a reducing pot of money and it was time the Government stepped up.

"When inflation was high he said a wage increase would fuel inflation, now it's low, he says they don't deserve a pay rise.

"I can understand why a lot of New Zealand workers will be saying 'we've done our bit - tightening our belts - isn't it time for some kind of recognition of that?'"

Mr English said wage increases would be more moderate than forecast and a four percent rise was not reasonable.

"People know what is required of them, they are doing a good job - we want to see them adequately rewarded for that."

Low or zero inflation meant a pay increase of about one to two percent was still a significant gain over the cost of living, Mr English said.