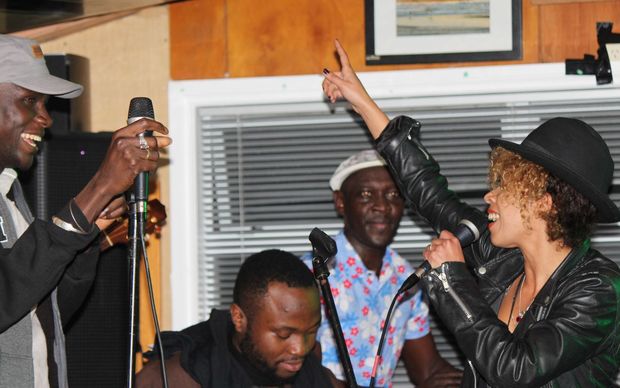 Featuring headline acts such as Sinead O'Connor, Rufus Wainwright, Richard Thompson and the Buena Vista Social Club, WOMAD New Zealand is set to sell out for the first time since 2007.

Mr Smith - who is festival director of WOMAD UK and also keeps tabs on the brand around the world, said the artists loved coming to New Plymouth's Bowl of Brooklands.

"The location is extra special.

"We're standing with the surf behind us and a weekend ahead in a beautiful location, a beautiful park, so it is quite special in that respect," Mr Smith said at the pre-WOMAD barbecue at the New Plymouth Surfriders Club.

"The artists love it here. A lot of the artists come on from Australia and it is very unusual for artists to spend a lot of time together and here they'll spend a week, two weeks together and they enjoy that experience.

"They come here and they love the spiritual side of it too. They become involved in the welcome (powhiri) so it's quite a special experience for the artists." 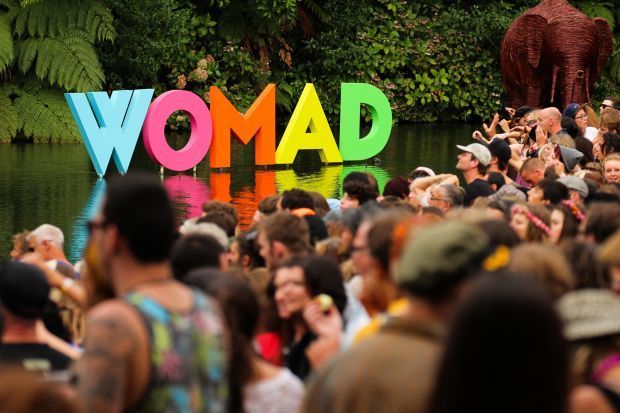 "But underpinning it this year has been three very strong names. Firstly Sinead O'Connor, she is sounding amazing. I saw her at WOMAD UK myself, she made me cry...

"Then there's Rufus Wainwright who is much more Gen X and has a big following, and then of course Youssou N'Dour if you're strongly into world music."

WOMAD has a capacity of 12,000 ticketholders per day, and up to 5,000 more people - made up of children under-12, volunteers, performers and staff - are onsite at any given time.

This year out-of-towners snapped up about 70 percent of tickets and sales are 30 percent ahead of last year.

Palestinian violin virtuoso Ramzi Aburedwan is one of the 300 artists from 22 countries performing across four stages at this year's WOMAD.

At the barbecue, he said he could not believe he was so close to the Tasman Sea.

"For us to see the sea it is double happiness for us. You see, the sea is amazing for us because in Palestine, Palestinians are forbidden from going to the sea."

Mr Aburedwan, who is the leader of the Dal'ouna Ensemble, said he couldn't not wait to play for a New Zealand audience and share secrets about his nation's cuisine at the Taste of the World marquee.

"We are really very happy and excited to come to New Zealand for the first time in our life to share our music, culture and history with the people of New Zealand."

Fellow performer Sophia Ang did not have to come so far.

The Sydney-sider is a percussionist with the Australian/Japanese band, Taikoz, which specialises in playing the Japanese drum of the same name.

She said a workshop the band had done at the Parihaka settlement had been the highlight of the trip so far.

"We spent the first couple of days at Parihaka, stayed there overnight and got to be part of their community and learn about their traditions and the history of Parihaka which was amazing."

However not everybody at the barbecue was a performer or part of the WOMAD organising team.

New Plymouth's Peter Bennett has been to all 10 WOMAD festivals held in Taranaki and loves the variety of music and culture on offer.

He said he could not remember there being a stronger line-up and had to be pressed into choosing his must-see act for the weekend.

"If I couldn't miss it, I'd go for Richard Thompson. He's been around the traps for a very long time, from very early Fairport Convention times in the English folk scene and is a brilliant guitarist and a gentleman of folk shall we say."

And while most are into WOMAD for the music, Taranaki businesses also have reason to smile.

Festival organisers said WOMAD had attracted 150,000 visitors to the region and generated about $84 million for the local economy during its 10 year tenure at the Bowl of Brooklands.