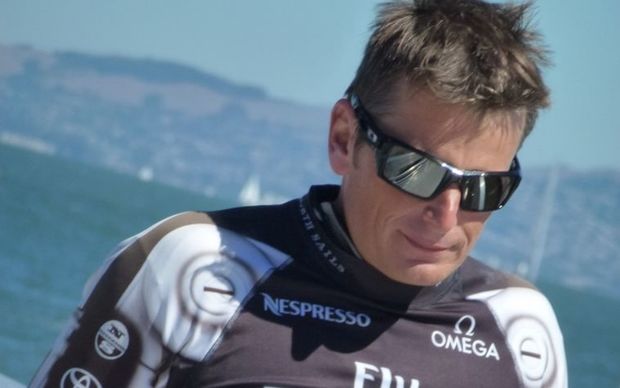 After more than 20 years with Team New Zealand, Barker's long run as New Zealand's America's Cup skipper is over.

For the 2017 challenge in Bermuda, Team New Zealand offered him the job of performance manager and coach instead, but said he had turned it down.

Barker was the skipper for three America's Cup campaigns, which New Zealand lost each time in the final.

Team New Zealand's chair Keith Turner said they were disappointed to have lost Barker, and thanked him for his lengthy contribution.

The team statement rejects claims that had been circulating in the media. Mr Turner said it was not correct that Barker learned through social media, and from a press release, that his role in this campaign would change.

He also denied that managing director Grant Dalton had leaked information about Barker not being offered the skippers role.

However, Team New Zealand apologised to Barker and his family for any failing on its part in managing what it calls employment issues.

Team New Zealand confirmed on 26 February that its helmsman for 2017 in Bermuda would be either Peter Burling, 24, or sailing director Glenn Ashby, 37.

Mr Dalton said claims Barker had been dumped were wrong, as nobody was assigned a particular role when members of the team signed back on after the failed Cup campaign in 2013.

Barker said he hoped he could stay in the America's Cup after deciding to leave the team.

The team announced today that Barker would be paid out with three months salary after deciding not to take up the non-sailing job it had offered him as High Performance Manager.

Barker said he had not had any America's Cup job offers and had not yet looked.

"It's been made clear to me that the decision was made by Team New Zealand, that they didn't want me in a sailing role, and while I'm incredibly disappointed, I still want to keep sailing, so if that means with another team then I'd certainly have to entertain that."

He said he was not considering any legal action.

"There's certainly all sorts of options that were sitting there, but I wanted to move on. It was clear that they had made the decision, and the last thing I'd want to do is get into any sort of messy dispute."

Barker said he was not aware of a farewell function mentioned in the team's media statement today, and would not be keen at the moment.