"You don't get brain tissue on your shirt from eating a sandwich," United States pathologist Rodney Miller has told the High Court at Wellington. 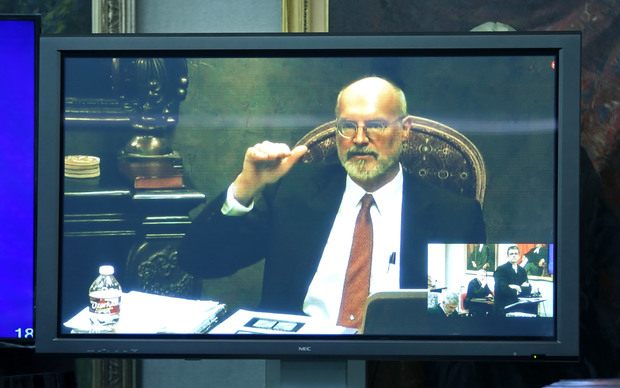 Dr Miller is giving evidence at the trial of Mark Lundy, 56, who is accused of murdering his 38-year-old wife, Christine, and seven-year-old daughter, Amber, whose bodies were found in their Palmerston North home on 30 August 2000. The Crown claims Mr Lundy killed his wife for her insurance money and Amber because she saw what he was doing to her mother.

Inspector Ross Grantham, who led the first investigation into the deaths, took the tissue to Dr Miller for testing in 2001 and defence lawyer Philip Hislop, QC, today questioned Dr Miller on what Mr Grantham was wearing in his lab.

He said the police officer was wearing gloves and, while he could not recall whether he was wearing a lab coat, he did not believe one was necessary as there was nothing on his shirt to contaminate the sample.

Mr Hislop asked how he would know that, prompting a strong response from Dr Miller.

Previous witnesses have identified the DNA found in the tissue on Mr Lundy's shirt as being from Mrs Lundy, and Dr Miller - who gave evidence at Mr Lundy's first trial in 2002 - today said a number of tests were carried out and all were "exactly as we would expect for brain tissue". 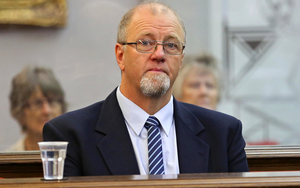 New Zealand police again visited Dr Miller in 2014 as part of their reinvestigation of the deaths and asked him to test the samples from the shirt again.

As a comparison, he had smeared fresh human brain - donated to science upon someone's death - on to a shirt, stored it in an evidence bag for 28 days, and then tested it at the same time as he retested the Lundy samples.

The results were all identical for brain except one, which tested for neurons and had not been done in 2001; it was positive in the new shirt but negative on the Lundy shirt. Dr Miller said that was because neurons were not present everywhere in the brain and the tissue smeared on the Lundy shirt could have come from an area of brain with fewer neurons.

"We are just examining an area of brain tissue on the Lundy shirt that did not have neurons," he said via audio visual link today. 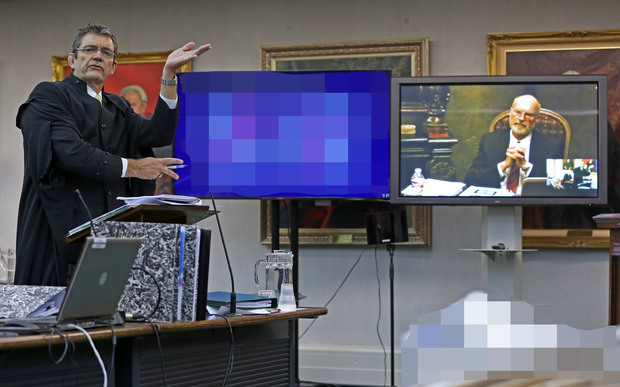 Dr Miller tested the comparison shirt again after leaving it in the drawer for 95, 159 and 365 days respectively - the 159 because that was the time between the deaths and when it was first taken to him.

"The results are identical," he said, leading him to believe the matter on Mr Lundy's shirt was so thinly smeared it had dried rapidly.

"It's almost like mummies. There are mummies who have been preserved for many many years and there are pathologists who have successfully done [tests] on tissue from mummies," he said.

Microscopic examination of the samples taken from Mr Lundy's shirt clearly showed tissue smeared or embedded into the fabric.

"From my training and experience the first thing I would think of when something looks like that would be brain tissue or spinal cord tissue," he said.

The testing was highly controlled and fundamentally sound, and he went the "extra mile" to make sure his findings were correct, Dr Miller said.

He knew the IHC technique would work on tissue stuck to a shirt as he had practised on a shirt belonging to his daughter and smeared with chicken tissue.

"The pieces of shirt stuck fabulously so I knew it would not be a smart thing to do to work with the dab slide," Dr Miller said.

Mr Hislop questioned Dr Miller on such things as how clean his work surface was, what specimens were tested with and how often chemical baths were changed.

Dr Miller repeatedly rejected an assertion of contamination, saying he had 30 years' experience and there was no way the shirt had been contaminated by anything in his lab.

"I don't know how much clearer I can be. The tissue was mashed into the shirt fibres," he said.

Mr Lundy's retrial, before Justice Simon France and a jury of seven men and five women, is in its fifth week and is expected to go for at least eight.