Unions say they'll be taking more and more employment cases to court following the latest in a string of successful cases for low-paid employees.

A landmark Employment Court decision yesterday has opened up the possibility for tens of thousands of home care relief workers to receive the minimum wage and holidays.

The ruling relates to people employed as support carers, who provide short breaks for others caring for a family member who is ill or disabled without being paid.

The Service and Food Workers Union took the case to the Employment Court.

Its national secretary, John Ryall, said litigation was now preferrable to collective bargaining, which he described as hopeless.

"We decided there's got to be a better way than this.

"The better way we chose, which we started about five years ago, is going to the courts and arguing for minimum wage rights and human rights, in terms of enforcing the Minimum Wage Act and Equal Pay Act." 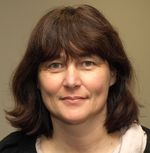 "Every time we win one of these cases, someone stands up, and we discover a new detail of discrimination. I think these cases will continue, until such time as there is a collective bargaining system in place."

"We have to rely on the minimum code - Minimum Wage, Holidays Act, Equal Pay Act - to get any sort of justice.

"This [latest ruling] is one of a series of cases, and we've got more planned."