Teina Pora will find out tonight whether his bid to the Privy Council in London is successful after spending 22 years in prison for crimes he says he did not commit. Radio New Zealand's Edward Gay delves into the case, which first hit the headlines in 1992.

Susan Burdett had spent the evening playing her beloved sport of 10-pin bowling.

It was just before midnight when her neighbour heard Ms Burdett get home. A short time later, the neighbour heard a number of dull thuds, consistent with blows being struck.

She was worried and left her bed to listen at a nearby window but when the noises stopped, she went back to bed.

A softball bat she kept in her bedroom was found on the floor next to her bed. Despite forensic testing, it could not be proven to be the murder weapon because a duvet had covered Ms Burdett during the fatal bashing.

About two weeks later, Teina Pora's aunt told police of another baseball bat in a sewer pipe at the Manukau velodrome.

She also said her nephew had made remarks about the bat and its possible connection to Ms Burdett.

Pora was interviewed twice by police and denied any involvement. He also agreed to give a blood sample.

The case received widespread media coverage but police took a year to make an arrest.

In March 1993, Pora was picked up and spoken to about breaking into cars. By this time he had 70 convictions, half of which were for interfering with cars. Towards the end of the interview, he mentioned the Burdett case.

He was interviewed during the next four days, with some of these running to several hours.

On March 23, a year to the day since Ms Burdett was killed, Pora was arrested and charged with murder.

During the interviews, Pora told police he knew who was responsible for the killing and said he drove the offenders to Burdett's home in a stolen car. He gave descriptions of the car to the police but checks by the officers showed no such cars had been reported stolen. When confronted with that information, Pora changed his story and said he used another car.

He went on to say he had gone inside Ms Burdett's home, witnessed her being raped and murdered and had taken things from inside.

After several police interviews, one of which lasted over five hours, Pora claimed he knew what had led to the murder. He told police that he had been hanging out with gang members. At some point a gang member had strayed on to Ms Burdett's property and she had told him off. He told police the gang members had met and decided to take revenge about six days before the murder took place.

Pora said they went to Ms Burdett's unit and he climbed in her bedroom window while she was in the shower. He said he let the others in.

He gave police the nicknames of the men and police were able to identify them and track them down. But blood samples from both showed neither of them were the rapist. 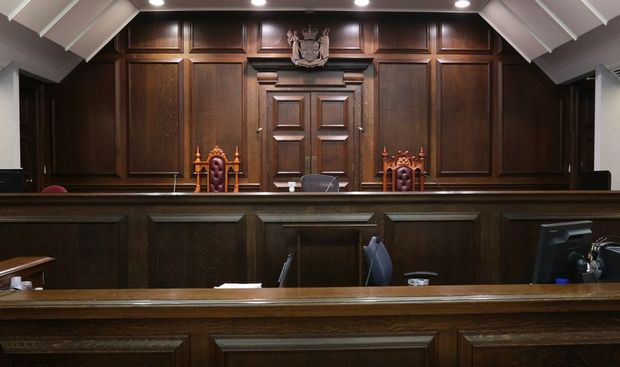 At Pora's High Court trial, in June 1994, the Crown argued the confession meant Pora was there.

But defence lawyers said the confession was made up and all the information Pora gave police had already been in the public domain after extensive media coverage.

Other evidence before the court showed Pora had a mental age of 10 and could barely read and write.

The jury found him guilty of murder, rape and aggravated robbery.

But when police later broke open the Malcolm Rewa case, Pora was given a lifeline.

Rewa, a lone sexual predator, was later sentenced to 22 years in prison for sex attacks on 27 women, including Ms Burdett.

Not only was Rewa's DNA the strongest forensic evidence found at the scene but the attack on Ms Burdett was strikingly similar to others Rewa carried out.

Pora's case went to the Court of Appeal where three judges concluded that the Crown case relied heavily on a confession from an immature Pora.

They also noted Rewa was known to act alone and were left in no doubt the case should be heard by another jury.

Pora's case was sent back to the High Court for a retrial, which began in March 2000.

The Crown again relied on Pora's confessions, despite there being different versions to the story. In one, he claimed only to have driven two men to Ms Burdett's home. In another, he said he held down Ms Burdett while she was raped and murdered by the two men.

Pora's lawyer at the time, Marie Dyhrberg, suggest Pora was influenced by a $20,000 reward and emphasised Rewa's methods of attack, particularly his habit of acting alone.

Pora spent the next 14 years in prison, appearing before the Parole Board and eventually getting home leave. By 2012, he was also taking part in a release to work scheme.

But that was put on hold in 2013 when a screwdriver and lighter were found in his cell. 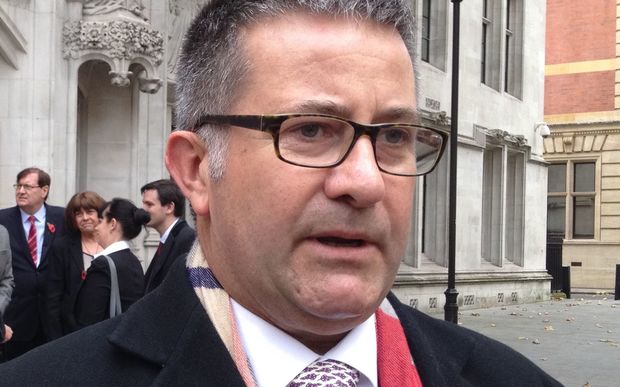 Pora also won support from some unlikely places, including the Police Association.

Its president Greg O'Connor went public in 2013 to say some senior officers felt uncomfortable with Pora's convictions and asked for a review, a move backed by the Labour Party.

The then-Minister of Justice, Judith Collins, dismissed the review and an application for a royal prerogative of justice because Pora's lawyers were considering a bid to take the case to the Privy Council.

In the same year, Pora was again declined parole after admitting he had been with a former prisoner when he visited a prostitute on home leave.

A ban on associating with known criminals was one of his release conditions.

The following year, Pora was given parole. It turned out to be his thirteenth hearing and came after serving 22 years in prison for crimes he denies.

The big development in the case happened when the Privy Council in London agreed to hear Pora's appeal.

Pora's legal team, headed by Jonathan Krebs, appeared in the London court late last year, in what could be the last case to go to the Privy Council from New Zealand.

He said new evidence showed Pora was born with fetal alcohol spectrum disorder and had a mental age of 10 when he was interviewed by police.

Mr Krebs said the condition meant Pora had a drive to please people and it could explain why he confessed to doing something he didn't do.

The Crown, represented by the Solicitor General Michael Heron, QC, said a jury would still convict Pora, despite the new evidence.