Early childhood centres are worried new food safety regulations will force many of them to stop feeding children. 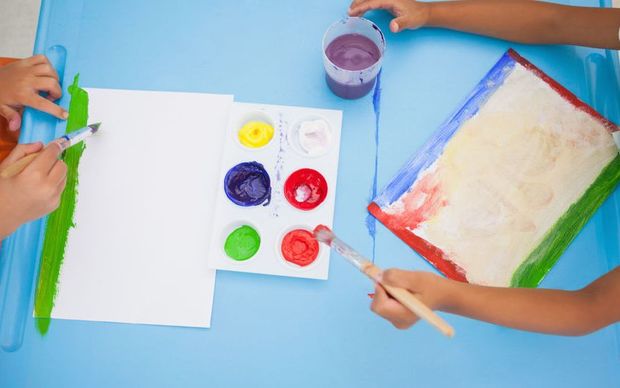 Early childhood centres are worried new food safety regulations will force many of them to stop feeding children Photo: 123RF

The Ministry of Primary Industries (MPI) is consulting on the changes, which come into force in March next year as a result of Parliament approving the Food Act last year.

The changes will require early childhood services that make food for children to have a food control plan and pay for annual inspections.

Food prepared as part of the curriculum is exempt, as is food that requires minimal handling such as crackers, fruit and scones and food prepared for fund-raisers.

But groups representing early childhood services believe their sector is already well-regulated and the ministry's estimate of about $116 for an annual inspection could be much higher as local authorities will conduct the inspections and they will decide how much to charge.

Spokeperson for Early Childhood New Zealand, Martin Svehla, said most of its 600 members serve morning and afternoon tea and lunch and they are not happy about the proposed regulations.

"They are concerned. Some members have told us that basically any increase in cost will put a question about their ability to serve food to children at all," he said.

Mr Svehla said his organisation is particularly worried about the impact of the rules on poor communities where families depend on early childhood centres to feed their children.

One Early Childhood New Zealand member is A'oga Fa'a Samoa in Ponsonby, which employs a cook and serves a hot lunch every day.

Manager Jan Taouma said the proposed changes will have a big impact on a sector that has already suffered budget cuts.

"We're all just surviving at the moment, so this is like another burden and it sounds like there is going to be a lot of paperwork, new regulations on a sector that is already heavily regulated."

Ms Taouma expects some centres will simply stop serving meals and that could prompt some parents to stop sending their children to early childhood education.

Chief executive of the Early Childhood Council, Peter Reynolds, is another who predicts a significant negative impact.

"The amount of cost and additional regulatory requirement on childcare centres will be such that a number of them will back out of preparing and serving their own food and that will place pressure on parents and additional costs."

Mr Reynolds said there had been no real problems with food preparation in early childhood centres and the rules had been revised with cafes and restaurants in mind.

The Ministry for Primary Industries said it is attempting to find the right balance between regulating the food industry and keeping costs down.

It is to meet with the education sector to discuss the proposals and any concerns arising from them, and said it is also working with the Ministry of Education on how the proposal's impacts and costs can be minimised.

Consultation on the changes closes on 31 March.