A New Zealand study has concluded that cellphone use does not not increase the risk of brain tumours. 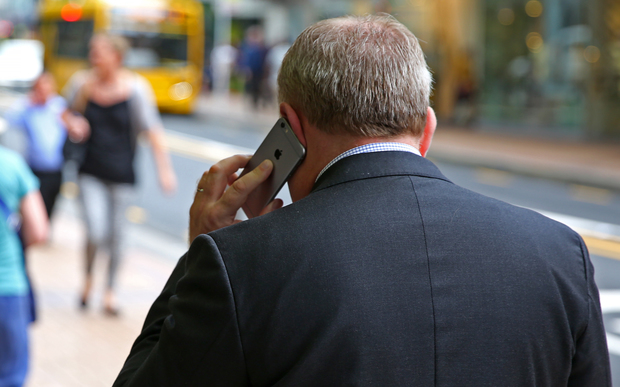 Researchers from the University of Auckland said the number of brain tumour diagnoses in the country has actually dropped.

Researchers examined over 4,000 medical records held by the New Zealand Cancer Registry, of people who'd been diagnosed with brain cancers between 1995 and 2010.

If there was a link between mobile phone use and tumours developing, they expected to see an increase in tumours, especially with diagnostic improvements.

Instead, for people aged between 10 and 69, there was an average drop of almost 1 percent a year.

Lead researcher Professor Mark Elwood said they have no idea what was behind the small decrease.

"We would have to ask whether there's been any change in the classification or the recording of these tumours. Once we could set that aside, then it would raise questions whether there were any influences which might in some way reduce the risk of brain cancers," said Professor Elwood.

Professor Elwood said the results added to the body of evidence that countered the belief that there was an increased cancer risk for mobile phone users.

But he said it did not necessarily mean there was no risk.

"No study can completely rule out anything, we can't prove a negative. But it's one more piece of evidence which goes into the overall issue."

Whatever the reason for the average decline in brain cancers, it was welcome news for the Telecommunications Users Association of New Zealand.

Its chief executive Craig Young said there was now enough research to use phones without fear.

"I think we've seen enough now. The UN and the World Health Organisation have done research and it hasn't been able to prove a correlation or a link between the use of mobile technology and cancers," said Mr Young.

"There was also a longitudinal study in the UK which actually got shut down because they got to the point of saying 'we can't find anything'. I think there's probably research been done around this area now for us to be pretty comfortable using the technology."

But research into mobile phones and cancer rates continues.

Fifteen countries including New Zealand are involved in an international study focussing on children.

More than 2000 cases of 10-to-24 year olds with cancer will form the basis of the MOBI-KIDS project.

One of the researchers, Massey University-based Dr Amanda Eng, said a previous similar study on adults was inconclusive, and there were many reasons why the project leaders wanted to focus on children.

"They think that cellphone use in children may start earlier so therefore there's longer cumulative use over the lifetime, and the developing brain may be more susceptible. They want evidence-based (research) because of the increase in cellphone use, particularly in younger children," she said.

New Zealand children are still being recruited to take part in the study until the middle of this year and results are expected in 2016.