Born Thea Dale Flyger, she had a strict upbringing in Huntly, and National Party meetings were one of the few places where she was allowed to go as a young, single woman. 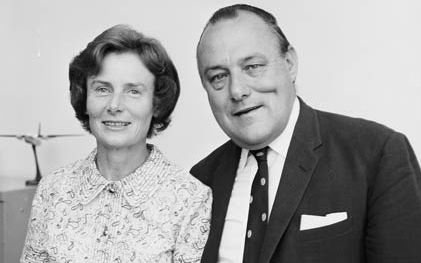 She met Robert Muldoon when she was chairing a debate at a Young Nationals meeting. They were married in 1951.

As the wife of the prime minister from 1975 to 1984, she spoke regularly at functions, opened buildings, and visited the sick, very young and elderly.

Accordingly, she was the first prime minister's wife to have her own full-time secretary.

Dame Thea was made a dame in 1993 for her services to the community. She is survived by two of her three children.