Supporters of voluntary euthanasia say support for medically assisted dying is growing, and a law change will formalise that one day.

A Dutch euthanasia exponent has begun a national speaking tour to boost support for a law change in this country.

Doctor Rob Jonquiere is the communications director of the World Federation of Right to Die Societies.

He began the 19-day speaking tour in Auckland on Saturday at the invitation of the Voluntary Euthanasia Society.

"It has to come. It's going to come. And it's a matter of politicians and medical people and some of the medical assocations all being part of the change, and getting the best law possible."

Dr Jonquiere wanted to counter what he said were misconceptions, including the idea euthanasia could be overused, or patients could be pressured to request it.

He believed doctors and politicians were the main obstacles to legalising an end-of-life choice which can end unbearable suffering.

He said doctors often focused on pain, rather than the unbearable suffering and lack of dignity some people with a terminal illness experience.

"They think, or they say, they can solve any problem with palliative care, and that is not true, because the main reason why people ask for euthanasia is not because they have pain which you can treat, but because they consider their life not dignified any more."

Rob Jonquiere said MPs feared the political effects of legalising voluntary euthanasia, but that they had a broader responsibility.

A Hamilton woman and member of the society said she supported voluntary euthanasia so she could continue being independent and in charge of her own life.

Faye Clark has a form of plasma cancer, multiple myeloma, and is in constant pain. 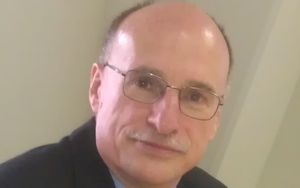 She said that her body was deteriorating, and if New Zealand legalised medically assisted dying, it would give her enormous peace of mind.

The Medical Association said voluntary euthanasia could increase pressure on terminally ill patients to decide to end their lives.

Medical Association chairperson Mark Peterson said that it was a real threat.

Dr Peterson said although the association would meet Dr Jonquiere, it believed euthanasia and doctor-assisted suicide were unethical.