The Labour Party voiced further concerns and criticisms of the Government's Auckland convention centre deal with SkyCity in the House on Tuesday. 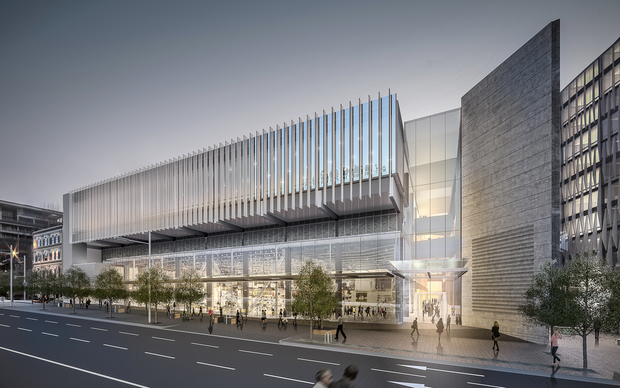 SkyCity won the right to build the centre in return for more pokie machines and other concessions.

Its plans for the centre have had to be revised because the initial cost estimate of $400 million has gone up by $130 million.

The casino operator accepted over the weekend that the Government would not help bridge the shortfall.

Their new agreement stipulates that the casino would review its original design, which could be up to 10 percent smaller, as no taxpayer money would be handed over.

During question time, Labour leader Andrew Little pressed the Prime Minister on whether New Zealand would get the world class convention centre that it had been promised.

He asked what SkyCity was giving in return for building a centre smaller than the 3500 seat centre agreed upon.

John Key said the deal laid out a $402 million spend and he was confident that SkyCity would build a world class centre.

Mr Peters said Parliament was told that the new deal was agreed with SkyCity last Friday and confirmed by the board over the weekend.

He said the problem with that is that 3.4 million shares changed hands that Friday but there was no market announcement relating to the agreement.