New rules covering the use of drones and other remote devices could be in place by the middle of the year. 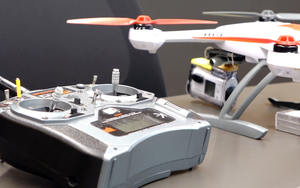 Public consultation on the issue had now closed and the Civil Aviation Authority said it expected to have the new regulations with the Ministry of Transport for consideration by the end of next month.

Civil Aviation Authority head of general aviation Steve Moore said the current laws dated back to the 1990s before drones were widely available.

These rules segregated the operators of remote aircraft from large crowds or other aircraft.

Mr Moore said the proposed changes would add to what was already in place.

"We really have two challenges. One being that these aircraft are so readily available now - you can buy them online or in model shops - and so a lot of people that buy them don't have an aviation background and they don't realise there are rules that they have to operate these aircraft to.

"The second thing is that the current rule that we have was aimed to segregate these operations from people and other aircraft and there are a lot of opportunities that are out there now that the aircraft could be used for, because of the technological development, and so we don't want to stifle this," Mr Moore said.

Under the changes, those who wanted to operate a device outside the current rules would have to provide the authority with details of what they wanted to do in order to obtain an operating certificate.

Mr Moore said that certificate would give them a number of conditions by which they had to operate.

"It could be pilot qualifications, the build standard or airworthiness standard of the aircraft and operating restrictions or conditions."

"For example, an operator might want to fly at night, if they can prove to use they've identified all the risks and hazards and mitigated those risks then we might well approve them to operate at night."

Mr Moore said about 50 people already held an exemption to the current rules, and expected more than a hundred people would apply for the new operating certficate.

He said the cost of the certificate would vary, but the Authority's current charge-out rate was $282 an hour.

The United States was also considering new laws for drones used for commercial purposes, including special pilot licences and restrictions on the times that drones were allowed to fly.