The Blacks Caps storming innings had lots of memorable moments but for one particular fan it was jammed full of riches. 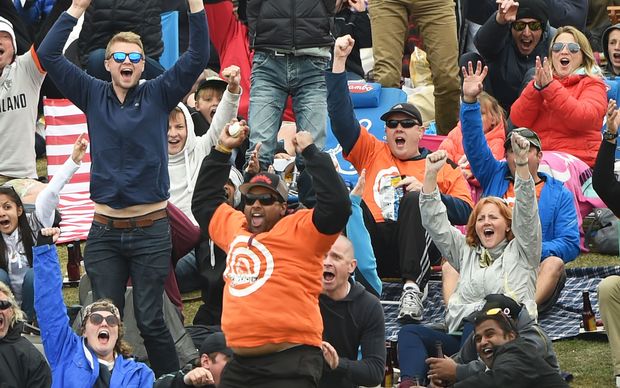 When New Zealand No3 Kane Williamson smashed a drive for six over long-off in the 31st over one man had his eye on the prize.

With his orange shirt and one hand out he dived and emerged with the ball.

Sunjay Ganda, surrounded by ecstatic friends, jumped for joy - he was now thousands of dollars richer.

"It was pretty ridiculous. I didn't even expect it to come to me," he said.

The amount of his winnings depend on the size of the competition's final prize pool, the size of which depends on how far the Black Caps get in the competition. The price pool will be split equally between all participants who make a winning catch.

The players looked on, bemused, while the crowd whooped.

The replays confirmed his feat and officials came to take him away to get his cheque.

He walked round the boundary, his arms raised in triumph.