Murder accused Mark Lundy told a business acquaintance he and wife Christine had tried to increase their life insurance to $1 million each but were both knocked back - to $500,000 - due to their weight, the High Court at Wellington has been told. 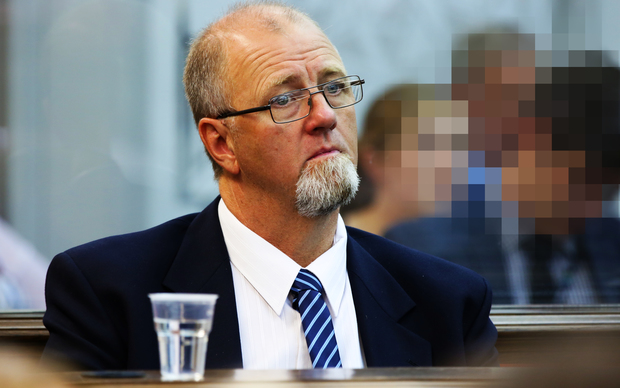 Mrs Lundy, 38, and her seven-year-old daughter, Amber, were found bludgeoned to death in their Palmerston North home on 30 August 2000.

Mr Lundy, 56, is on trial in the High Court at Wellington, charged with murdering the pair.

Keith Bradbury, who in 2000 was manager of QA Joinery in Petone, told the court of a conversation he had with Mr Lundy on 29 August.

"He told me that they were looking at updating their life insurances and he'd been knocked back due to some quite big concerns from the doctor," Mr Bradbury said.

They had tried to get insurance for $1 million each but were allowed only $500,000 each, Mr Bradbury told the court Mr Lundy had said.

Mr Lundy regularly visited QA Joinery and Mr Bradbury agreed he had previously described him as a "terrific guy".

Usually they chatted about such things as cars and "general life" but Mr Lundy had brought up the life insurance topic that day, Mr Bradbury said.

"Obviously I don't bring up people's life insurances but it was just a topic that came up in conversation," he said.

Earlier today, former police computer expert Marteen Kleintjes rejected an assertion his evidence had changed from the last time Mr Lundy was tried for the murder of his wife and daughter.

Former police officer Maarten Kleintjes, an electronics expert for the police for 30 years, today told the court the last activity on the computer on 29 August was at 3.40pm and that it was shutdown at 10.52pm. 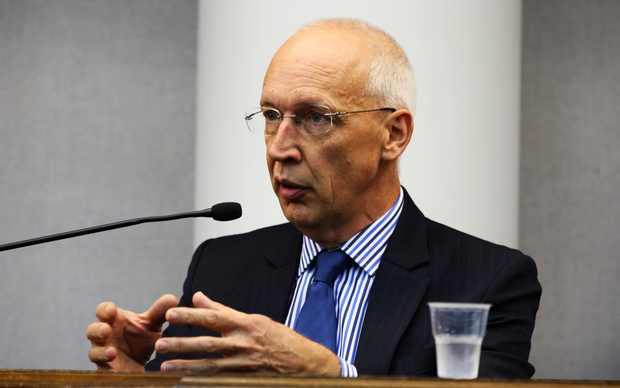 Earlier witnesses have told the court Mrs Lundy habitually went to bed about 11pm, after first checking emails and shutting down the computer.

Defence counsel David Hislop, QC, said in cross-examination of Mr Kleintjes the time of shutdown was crucial to Mr Lundy's first trial, as police then believed Mrs Lundy and Amber had been killed about 7pm.

If the computer had not been manipulated, Mrs Lundy would still have been alive at 10.52pm and therefore Mr Lundy could not have killed her at 7pm, Mr Hislop said, maintaining Mr Kleintjes must have known that as "everyone in New Zealand knew".

Mr Kleintjes told the jury in that first trial "extensive manipulation has taken place on this machine", Mr Hislop said.

"You were telling the jury that this computer had been manipulated."

But Mr Kleintjes said Mr Hislop was confusing two issues; he was talking about files being manipulated to become out of order, rather than the shutdown time.

Mr Hislop repeatedly questioned Mr Kleintjes about a laptop apparently taken from the Lundy home but which the latter said he had no knowledge of.

Mr Hislop: "Was there something on that laptop that was inconsistent with the then Crown case that you want to bury?"

Troy Kelly, of the Federal Bureau of Investigation's investigative analysis unit, said he was asked to look at a copy of the Lundys' computer hard drive made by Mr Kleintjes.

He said he found nothing to suggest that the time on the computer system had been manipulated but that it could be done, and in such a way which left no trace.

He could find no evidence it was linked in any way to a laptop, Mr Kelly told the court.

Earlier today Mr Lundy's father, the late William Lundy, said in a statement read to the court his son and daughter-in-law were close.

"The accused and Christine had a very good and loving relationship," he said.

"I don't recall the accused and Christine ever arguing, and there was no violence in their relationship.

"I believe that the accused and Christine lived for Amber and as far as I was aware there was no infidelity in their marriage."

William Lundy got on well with his daughter-in-law; she looked after his finances, held his power of attorney and took him to the doctor. He would visit about six times a week. 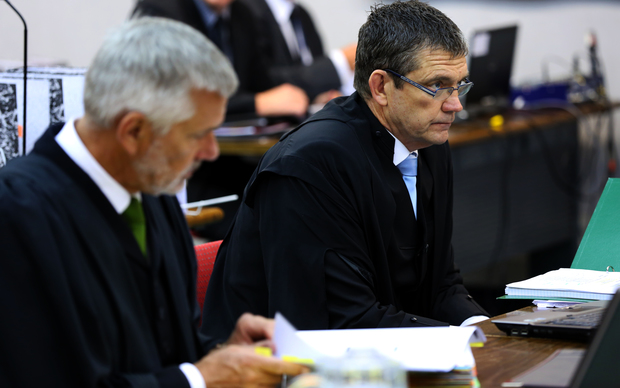 "I got on very well with Christine. In fact, we were very close," he said.

William Lundy also told of his son - a carpenter by trade - being in the habit of painting his tools orange and blue to easily identify them.

The evidence of Mrs Lundy's late mother, Helen Weggery, was also read to the court.

Mrs Weggery said the Lundys married just after her daughter's 21st birthday and that she believed Mr Lundy was the only man she had had a sexual relationship with. He treated her daughter well, she said.

They were "both very excited" when they got pregnant with Amber, and she was "the apple of their eye".

The couple tried for another baby when Amber was about 18 months old but had difficulties and started seeing a specialist, to no avail.

"Christine was very upset when she found out she could not have any more children. The accused did not say much, being a man," Mrs Weggery said.

Mrs Weggery saw her daughter on 29 August and was driving towards the Lundy home on the morning of 30 August when police stopped her before waving her on when she said who she was.

"I drove down to Christine's house ... and saw the house had tape across the front," she said.

"It was obvious something was very wrong."

Mrs Lundy's brother, Glenn Weggery, yesterday told of finding the child lying in the hallway of the family home the next morning with "gaping head injuries".

The trial, before Justice Simon France and a jury of seven men and five women, is expected to take eight to 10 weeks.

Key points from day three of the trial