A New Zealand orchestra is hunting around the world for a rare woodwind instrument ahead of its season opening next week.

The Auckland Philharmonia Orchestra will kick off the year with a performance of Gustav Holst's suite The Planets but has had trouble finding a bass oboe for the piece. 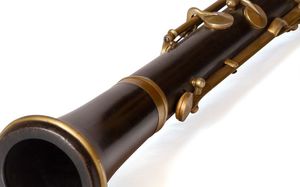 An octave lower than the regular oboe and about twice the size, the bass oboe has few works composed for it.

An exception, to the joy of woodwind enthusiasts, was Gustav Holst who appreciated the instrument's lower tones enough to feature it several times in his popular suite.

"It just has that sort of richer deeper timbre than a cor anglais and not quite at the bass level of the basoon yet.

"Holst, the composer, had a really broad colour spectrum in this piece and I guess he was just trying to find the perfect colour for each of the melodies that he writes."

Ms Glaser said the instrument was worth seeking out, but the task was proving difficult.

"No luck in Hong Kong, no luck in Singapore; Malaysia have got a bass oboe but they don't lend theirs out. We tried Perth, we tried Queensland, we tried Melbourne," she said.

"One of those perfect storms I guess is that Sydney Symphony do have one and we would have been welcome to use it except they're playing the same piece at the same time."

"It's a really wonderful piece to play. It's very effective to play and audiences love it.

"There are moments that are obviously very famous. The theme to Jupiter is famous for a number of reasons, I think it was used once as the theme for a rugby world cup."

Shefali Pryor said the bass oboe seemed to be more rare in the Southern Hemisphere and was probably only used by the Sydney Symphony Orchestra once a year on average.

But there is an alternative instrument that can be used in its place - the heckelphone - and the New Zealand Symphony Orchestra happens to have one on standby.

A conductor for the orchestra, Hamish McKeich, said while the heckelphone is like an oboe-bassoon cross, it does have some differences to the bass oboe.

"It's shaped very large, very long, it looks like an enormous hookah pipe or bong, whatever you want to call it, and it's sort of rosy red wood.

"The bass oboe looks more like a cor anglais which is black wood and it's not as long."

The heckelphone is almost as rare as the bass oboe with about 80 made in the last hundred years he said.