Fingernail scrapings taken from murder victims Christine and Amber Lundy and tested for the first time last year revealed DNA from two unknown men, a trial has been told. 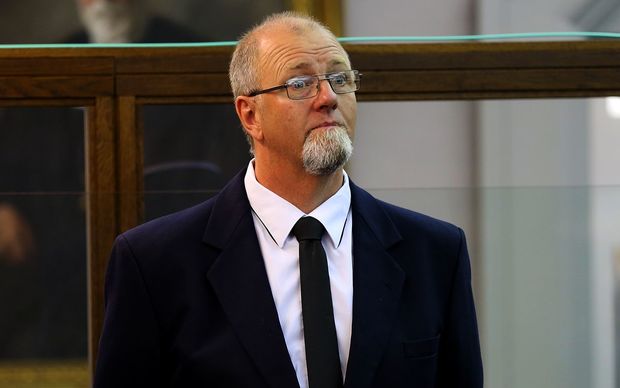 The revelation came during the opening of the defence case at the trial of Mark Lundy, 56, who is accused of murdering his wife and daughter in 2000.

The bodies of Christine Lundy, 38, and seven-year-old Amber were found in their Palmerston North home on 30 August 2000.

However, he was released in October 2013 after the Privy Council overturned his convictions and granted him a re-trial. 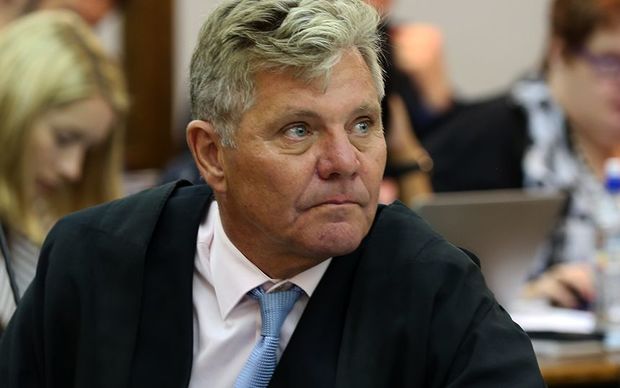 Ross Burns, opening for the defence, said fingernail scrapings taken from the victims had shown DNA from two unknown men. He questioned who the men were, and what involvement they had.

He also said a defence concession at Mr Lundy's 2002 trial - that central nervous system tissue found on Mr Lundy's polo shirt and identified as being from Mrs Lundy's brain or spinal cord - was wrong, and that the current defence team would spend some time on that issue.

As well, it was unusual that police had done everything they could to find other forensic material of that nature and, despite using highly sensitive tracing techniques in his car, on his wedding ring and his glasses, they had found absolutely nothing.

Mr Burns warned the seven-man, five-woman jury they must not allow prejudice to cloud their judgement.

"That, members of the jury, is something that you are not entitled to do," he said.

Instead, they must consider all the evidence - and that evidence would be completely different to that the jury which convicted Mr Lundy in 2002 had heard.

A key change was around the timing; in 2002, the Crown had contended Mr Lundy killed his family about 7pm. It now said it was more likely to have happened around 3am, Mr Burns said.

The Crown had also suggested the Lundys' relationship was not happy, because they had a "sporadic" sexual relationship; Mr Burns said that reflected only defence counsel Philip Morgan QC's take on a happy relationship.

The Lundy family lived a very public life and had many friends through such things as the theatre and the wine club they belonged to, he said. They and neighbours were in and out of each other's houses all the time, and Mr Lundy's mother-in-law regularly looked after Amber.

None of these people was aware of any strain on their marriage and, in fact, all said it was a loving and affectionate relationship and that Mr Lundy adored Amber, Mr Burns said.

Mr Burns dismissed the Crown's contention Mr Lundy had confessed to a fellow prisoner, saying such evidence was recognised as being inherently dangerous and that there was a need for caution when considering it.

The witness had had numerous prison terms since 1997, including breaching orders for domestic violence, as well as having personality disorders and substance abuse issues.

He faced further jail terms and had told police he would do anything they wanted to "help out this man back behind bars", Mr Burns said. 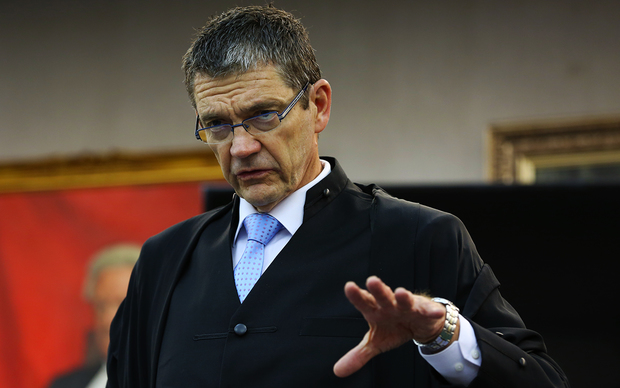 Mr Morgan had earlier told the court Mr Lundy had talked to the fellow prisoner about why he was in jail.

"He said he wouldn't be there if it wasn't for his daughter coming in and seeing what he was doing to his wife," Mr Morgan said.

The bodies of Mrs Lundy and Amber were found in their "modest little home" in a blue collar suburb of Palmerston North, he said.

Amber was in the doorway of her parents bedroom and had suffered a "ferocious attack". Her mother was in her bed and the ferocity of the attack on her was such that it was clear it was carried out by someone who had "hostility" towards her.

Amber had clearly been disturbed by what was happening in her parents' bedroom and had gone in while her mother was being attacked, Mr Morgan said. Both died immediately.

Mr Morgan said the weapon used was both heavy and sharp and was consistent with a small axe or tomahawk.

It was used in a chopping motion and multiple blows were dealt; flecks of blood, brain and tissue flew around the room and pieces of Mrs Lundy's skull came away, he said.

The weapon was orange and light blue, and the Crown contended it was one of Mr Lundy's.

Mr Morgan told the jury that on the night of 29 August, Mr Lundy was away in Wellington on business and was visited by a prostitute, and that he then drove to Palmerston North and killed his wife and daughter.

He disposed of incriminating evidence, such as the murder weapon, and slipped back into Wellington.

Mr Morgan said the attack had been made to look like a burglary, with a conservatory window jemmied open; Mrs Lundy's blood was found on the outside of the window.

However, her purse was left in her bedroom, and the only item taken was her jewellery box.

The jewellery box had never been found but a silver bracelet from it was found in Mr Lundy's car when he was stopped by police upon his return to Palmerston North on 30 August.

The Lundys seemed to have a "pretty ordinary" husband and wife relationship, and had been married for 17 years.

"Certainly to the outside world, there weren't obvious signs of disharmony," Mr Morgan said. However, there must have been disharmony as they had no sexual relationship and were under huge financial pressure, he said.

Their kitchen sink business was in huge debt and they would have been insolvent when Mrs Lundy and Amber were killed - "it just hadn't been recognised by the outside world at this point".

Mrs Lundy's death meant the end of any pressure she was putting on him, Mr Morgan said.

But Mr Burns rejected the suggestion they were in financial difficulty, saying they were owed more than they owed. 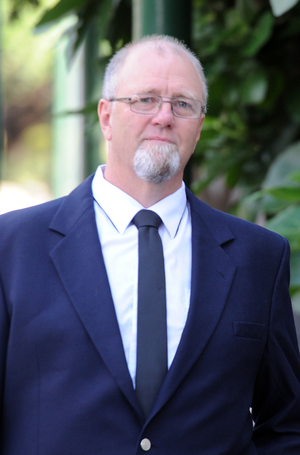 This morning Mr Lundy, dressed in a suit and tie, entered a firm "not guilty" to each of the charges when his trial got underway.

Justice Simon France, who is presiding over the case, has outlined the jury's obligations to them.

The "absolute rule" was that they must not discuss the case with anyone except fellow jurors, and must not tweet or post on Facebook anything about it.

They must also consider only information they heard in the courtroom, Justice France said.

"Don't panic about how much material there is and how to remember it all," he said.

"It'll be pretty understandable if you're nervous. It's a long trial and everyone seems to be watching."

The answer was to rely on the lawyers and him, all of whom were bound by the same ethics and system they were now part of, Justice France said.

The case is expected to run for eight to 10 weeks.