A medical expert has told the High Court that the father of a nine-year-old boy, who refuses to treat him for HIV, told doctors he was giving his son the medication but tests showed otherwise. 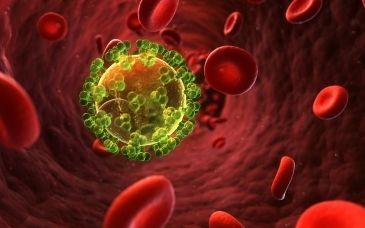 A District Health Board has taken the case to the High Court in Auckland, seeking guardianship of the boy so they can treat him for the virus.

The board, the witnesses and the father all have name suppression to protect the boy's identity.

The father told the Weekend Herald he believed the side-effects of treatment were worse than the virus, and that the boy remained ''healthy and strong'' years after diagnosis.

A specialist told the court the boy's father assured doctors he was giving his son the prescribed medication but tests showed the boy was not taking it.

She said that if the boy was given the medication, he would be able to continue living an otherwise normal life at home.

'Interests of a child should come first'

Before the trial Aids Foundation executive director Sean Robinson said withholding medical treatment was wrong and that the interests of a child should come first.

"It's not uncommon for people to go into a sense of denial about HIV diagnosis and therefore to not go forward for treatment or not take treatment. That's one thing when you're an adult and are making that decision for yourself," Mr Robinsons said.

"One of the really pernicious things about HIV and Aids is you can have HIV for a number of years and not really show any symptoms because it's slowly working away at your immune system.

"But the fact the doctors have identified that this child's cell count in their immune system is dropping is a very, very clear sign that this child does have HIV and really they do need to access medication."

Barrister Catriona McLennan said the High Court would try and preserve the rights of the parents as much as possible in the case.

She said there had been cases in New Zealand where medical treatment was not agreed to by the parents and other guardians had been appointed.

The most common cases had been where parents were Jehovah's Witnesses who had opposed to their children having blood transfusions, she said.

"But there was also a case where a parent didn't agree to a child being immunised."