A law professor says copying Britain's move to legalise three-parent babies would be an extension of New Zealand's existing laws. 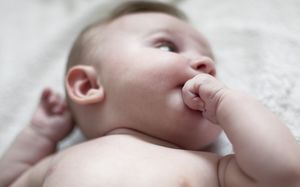 After years of debate and medical research, British MPs have voted to legalise a technique aimed at preventing serious inherited diseases being passed on to children.

The method involves taking mitochondria - the genetic material around a cell's nucleus - from a healthy woman donor and mixing it with the DNA of two parents.

It is intended to stop defective mitchondria affecting an unborn child and is still at the research stage in laboratories in Britain and the United States.

"Some people are carriers of certain conditions, for example they may be a carrier of Huntingdon's Disease, so they have the embryos tested ... because not every embryo will have the disease."

"(It is ) the same with using the three lots of DNA. There will be some conditions which, having the combination will make sure this child doesn't carry a very serious condition."

Doctors say the technique can prevent some inherited incurable diseases but critics see it as a step towards creating designer babies.

However Professor Henaghan said legislation on the use of a third person's DNA is targeting specific conditions and would not allow people to design their own baby.