The captain of a Sea Shepherd vessel confronting illegally-flagged fishing vessels in the Southern Ocean says they stood their ground after poachers tried to ram his ship. 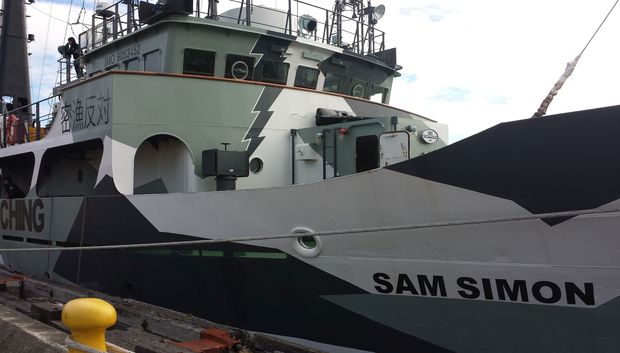 Sid Chakravarty said his ship, Sam Simon, came within metres of being rammed after intercepting two illegally-flagged ships fishing for toothfish west of the Ross Sea.

He said the ships, the Yongding and the Kunlin, were the same vessels pursued by the navy ship Wellington last month.

He said poachers often used intimidation when they were confronted.

Mr Chakravarty said it was important for the ship to stand its ground, so the poachers knew they could not continue with their illegal fishing while the Sea Shepherd was on patrol.

The Ministry of Foreign Affairs and Trade said it was building evidence against three vessels caught poaching toothfish by the New Zealand navy last month.

The vessels were thought to be from Equatorial Guinea but investigations have since linked them to a Spanish-based syndicate.

The Ministry said it hoped to have enough evidence to tackle the vessels, their owners and operators when they returned to port.

More on the Sam Simon from RNZ's New Zealand Society