Passengers on a Hawaiian Airlines plane bound for Auckland were shocked and frightened when the the aircraft skidded to a stop just before take-off, bursting tyres in the process. 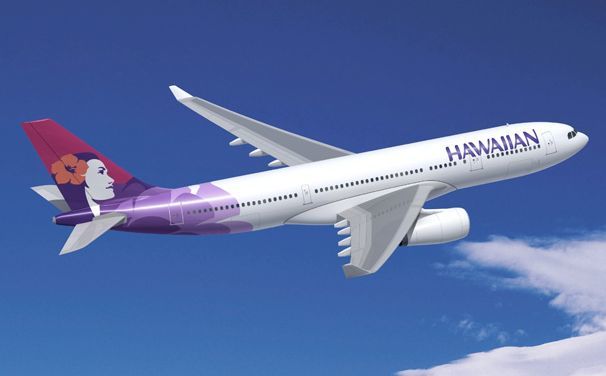 The captain of Flight 445 aborted take-off from Honolulu yesterday afternoon.

Passenger Kelvin Good said everyone was stunned into silence when the plane jolted and slid to a stop on the runway.

"The scariest part was when we were pretty well near lift-off.

"All of a sudden we were coming to a stop and the plane jolted slightly to the side and it was enough to put your hands up to stop yourself from pushing into the seat in front of you," he said.

Mr Good said they were held on the plane for nearly two hours while fire crews were brought onto the tarmac to cool overheated brakes caused by the sudden stop.

Another passenger, Baker Grant, said the shock set in when he saw tires blown out.

"They were all shredded. You could see the metal coming out of them and it made you feel scared, made you feel like you want to wear your seatbelt," he said.

Hawaiian Airlines said the pilot made the decision to cancel the takeoff because of an unreliable airspeed indicator.

The 201 passengers on board the plane were delayed by eight hours until they were put on another plane, which arrived at Auckland Airport this morning.

Hawaiian media report that part of the reef runway at Honolulu International Airport was closed briefly after the incident at 2.33pm local time yesterday.