Dozens of prisoners who should be in jail are being housed in police cells because of an unexpected spike in their numbers.

As many as 70 remand prisoners were in police stations on Monday but today that number is down to 31. 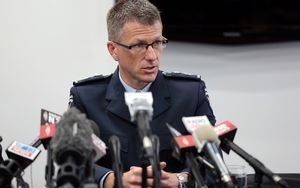 Corrections national commissioner Jeremy Lightfoot said there was often an increase in remand prisoners - those already going through the courts - in January. But this year, Ministry of Justice projections were too low.

Mr Lightfoot said the problem was particularly acute in the upper North Island but that extra beds would be in place from May when the new 960-bed Auckland South Corrections Facility will be opened.

Meanwhile, he said Corrections has "robust contingency plans in place to ensure all prisoners are appropriately housed".

A spokesperson for police in Counties Manukau said they were among the stations that had been affected.