Greeks who turned their back on their country for a better life in New Zealand say they're not sure Greece's new left-wing government will be able to fulfil the hopes of voters desperate for an end to austerity. 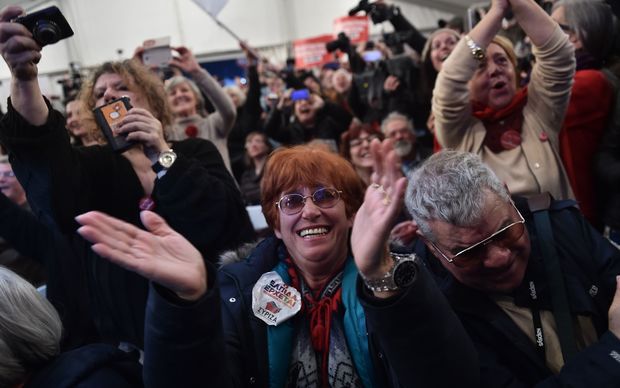 But they said life had become intolerable for many Greeks and they hoped the Syriza Party could fulfil at least some of its promises.

More than 200,000 Greeks are estimated to have left the country over the past few years with reports suggesting the economic situation - a lack of jobs, wage decreases and crippling austerity measures - left many feeling uncertain about the future.

Among them is Chris Panopoulos, who spent 18 years as a banker in Greece before he lost his job in 2011.

At the time, unemployment was around 27 percent , so he moved to New Zealand.

"The people were very, very upset, very anxious about their future, very desperate for their future, especially the young people," he said.

Mr Panopoulos believed the Greeks voted for change to punish the current government.

"The people were angry with the government, so they had to vote for someone else, so probably they vote for the left party." 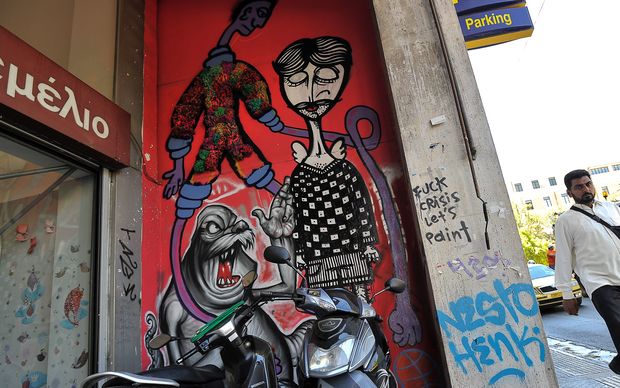 A man walks by an economic-crisis related graffiti-mural on a wall in central Athens on 21 June 2012. Photo: AFP

He said Syriza was selling hope to those who were hit hardest - the poor and the young - and he hoped they could fulfil their promises.

"Let's hope that something will change in Greece, especially for the Greeks," he said. "People will not suffer anymore."

According to the European University Institute, 89 percent of the 200,000 who left Greece for a better life had degrees, and almost all of them were younger than 45.

Eleni Gkeli and her husband moved to New Zealand with their daughter in 2012, after her husband lost his job as a civil engineer and her salary as a engineering geologist was cut by 40 percent.

"We were very worried about the future, because we could see that there was no immediate prospect of things getting better," she said.

Ms Gkeli was unsure whether Syriza could do what it said.

"It has created a lot of hope, the election result," she said. "But I'm not sure, I doubt it change a lot." 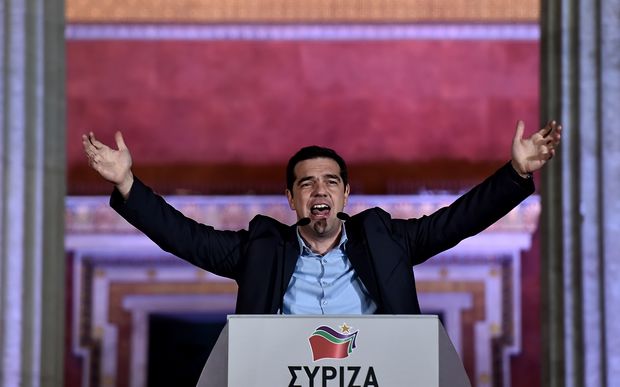 Panos Armaos, a structural engineer, also thought the party might have promised more than it could achieve.

Mr Armaos came here a year and a half ago with his wife after work started drying up.

He said the austerity measures were making it hard for ordinary people to get by and the election result spoke for itself.

"They voted based on hope, that something, even half of that of the measures, or even less -- if those are to become reality, their life will become much easier," he said.

As speculation mounts over Greece's commitment to the eurozone, one thing is certain: the people have rejected the policies of austerity and the parties, which have ruled for more than 40 years, that have brought them in.