A controversial audit aimed at weeding out state housing tenants who can afford to find private homes has so far moved just over 30 families into the private sector. 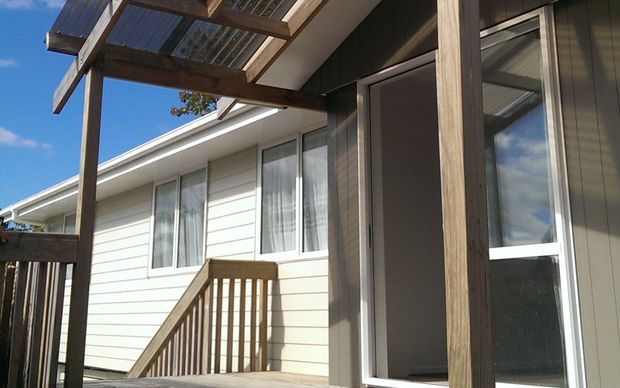 The Ministry of Social Development (MSD) has been conducting tenancy reviews since July 2014, with the aim of moving people into private rentals if they can afford it.

The policy, part of the Government's social housing reforms, raised concerns from critics who feared vulnerable people may be forced out of their homes.

According to MSD, 396 reviews out of about 800 scheduled for the first year have started.

Of those, 29 families have shifted into private rentals - and three have purchased their own homes.

"As part of the staggered tenancy reviews, people paying market rent and earning higher incomes are being contacted first," she said.

"No one will have to leave a state house without alternative housing being available to them."

The reviews take an average of six months to complete and, following that, tenants who are no longer eligible for social housing have a three-month transition period.

Before the reviews took place, then-Housing Minister Nick Smith - now Building and Housing Minister - expected that 1000 tenants would be moved into independent housing in the 2015-2016 year and another 2000 in the 2016-2017 year.

Dr Smith has said the tenancy reviews were to make sure that the homes were available for people who really needed them.

"Have these reviews helped families better meet their housing situations? And does this also confirm that the overwhelming majority of people living in state housing are absolutely in need?"

But Mr Figenshow said it was too early to tell.

David Zussman, the trust executive of Monte Cecilia Housing Trust, agreed, saying it would be interesting to see what happened when MSD began to target people with lower disposable incomes.

"When it was it announced, it was announced with a fanfare that it would be the next big thing that would make a difference and free up 3000 properties," Mr Zussman said.

"We never thought that that would be the case and we always said that there was no real substance to those claims.

"I think what we've got is something that is taking quite a long time to roll out and they're taking their time to look at it thoroughly. It's still early days."