The Recreation Association says the number of drownings this summer is alarming. 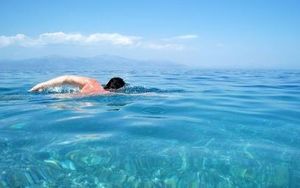 It said water safety organisations would be meeting next month to examine why the deaths were happening, and what they could do next.

The number of drownings has continued to grow since the end of the official holiday period on January the 5th.

During that period alone seven people drowned, six of them men.

The association's chief executive Andrew Leslie said drownings appeared to be happening regularly this summer and it had been a tragic season.

"Drowning is a complex issue, for each one of these situations happen for various reasons."

He said the organisation had a lot to think about after summer.

Founding member of the former Drowning Prevention Council and an active Lifeguard Kevin Moran said young men in particular were overestimating their abilities.

He said many drownings were preventable.

"The problems that we face in almost every environment is what I call the 'twin towers' of drowning - the underestimation of risk, and the overestimation of ability and unfortunately they tend to be a male disease."

Mr Moran, who also researched drowning prevention at the University of Auckland, said it was hard to reach men with safety messages because they felt they were bullet-proof.