A trust set up to protect and preserve the childhood home of one of New Zealand's greatest writers, Janet Frame, celebrates 10 years of operating this summer. 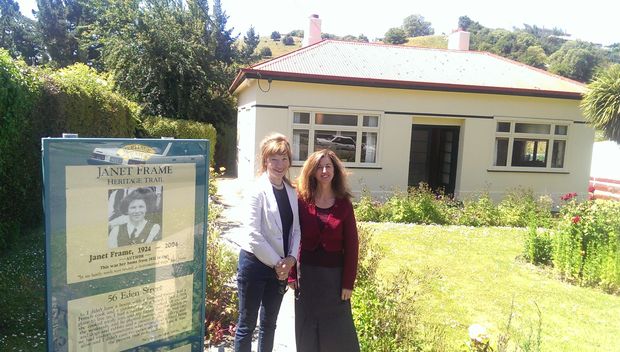 Bill Tramposch and his wife Peggy bought the house 15 years ago for $27,000 and established the Janet Frame House Trust to fund and restore it.

Chief Reporter Belinda McCammon visited 56 Eden Street in November, as its custodians prepared to welcome fans of Janet Frame for another season.

The Frame family moved into the home, built in 1910, in 1931 and lived there until 1943. It remains largely unchanged, except for the windows which have been made larger and the exterior of the house which was wood, is now covered in plaster.

Sitting off a quiet street, Janet Frame's home, which is part of a heritage trail for the writer in the town, looks deceptively boxy and small.

Carol Berry, the Trust's chairperson, knows the house and its gardens better than most, and on a tour outside, points out the path up the backhill that overlooks Oamaru and that Janet Frame used to walk as a child.

"You can just make out a little zigzag up there that people still use and from there you can look out at the whole of Oamaru, which Janet used to call her Kingdom by the Sea. She used to go up there when she wanted to contemplate and look at her kingdom and feel both at home and inspired and to go on journeys in her imagination.'' 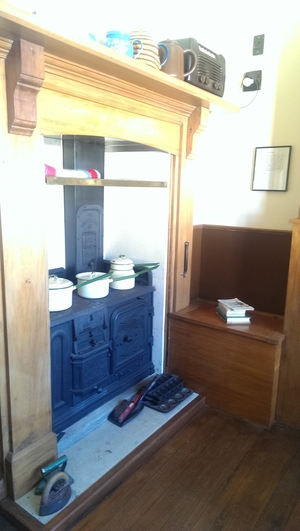 Carol Berry said Janet Frame was quite tickled that her old family home would be restored, or reframed, as Janet Frame described it, and gave a lot of advice about what it originally looked like.

Ms Berry said it cost about $10,000 to $15,000 a year to run the house, to cover costs like rates and repairs and most of that money was raised through donations and the sale of Janet Frame's books. She said what you would not find at the home was any tacky souvenirs.

Ms Berry described visiting the home as a precious experience and quite different to that of the Katherine Mansfield house, which she said was the house of a banker's family, where things could not be touched.

At the Janet Frame House, you can handle everything and she said they had been careful not to make it too refined.

"It was a railwayman's cottage in the depression and they didn't have much money. If we furnished it with beautiful antiques we'd have to put up cords and signs across them that say: "Do Not Touch''. This is a house that people can come into and relate to because it's like the one their granny used to live in.''

She said the house inspired those who visited including the many school groups that came through.

"They say, 'I come from a house like this. The girl who grew up here became a world famous author. What's to stop me from doing just that?' We've had times when school students have said those types of things and we know, from their teachers, that there is an inspiration just from visiting a place like this.''

Lynley Caldwell has been the curator at the house for the past two years and gives tours of the home but is just as happy to let you wander through at your own pace.

The home is a mixture of original items, such as a writing desk gifted by Janet Frame, which now takes pride of place in what was her brother's bedroom at the front of the house, and furnishings from the era gifted by people in the area. 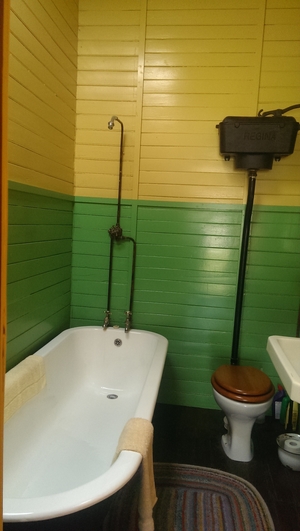 About 400 people visit each season, a figure that has remained steady since the home was opened, attracting an equal mix of domestic and international visitors.

Lynley Caldwell said people love seeing a house of its era and asked her most often what items were original; a visitor's book, filled with comments from tourists, is open and ready for people to sign on Janet Frame's own desk.

Janet Frame visited the home about a year before she died while it was being renovated.

A highlight for visitors can be found in the dining room, where visitors can listen to a recording of Janet Frame reading the chapter 56 Eden Street, where she describes the home, from her book To the Island, recorded in 2003, a year before she passed away, playing on an old wireless.

After visiting Oamaru with his family many years ago, playwright Roger Hall wrote to the local paper suggesting it would be nice if the Frame house could be kept for prosterity.

It was, he said, considered a laughable suggestion at the time but when the Trust was established, Hall's original appeal was remembered and he was asked to become involved as a trustee.

Roger Hall said the house was a perfect combination of a shrine and a museum, and when you leave you want to read more of Janet Frame's work.

"Janet Frame when she was alive was our greatest writer, and probably still is and it's important that we give recognition to such people and we're not very good at that in New Zealand with our literary and artistic heritages. Most other countries really revere the artists of the past and there are almost always places to visit, we don't do it well.''

Mr Hall believes council should do more to raise awareness of New Zealand's literary heritage and believes that other homes should also be preserved.

"One writer whose home I would like to see used in this way is Margaret Mahy. She was a wonderful writer and an eccentric and lived her own life, her whole life and her home reflected that.''

Mr Hall wrote to Margaret Mahy a few years before her death asking what, if any, her plans where but he never heard back.

"The other person is Michael King a hugely adored historian whose death really shocked the nation. His house in the Coromandel has been bought by the Waikato University and it's used as a sort of retreat. Maybe long term it could be made into a place where people visit and respect Michael's work.'' 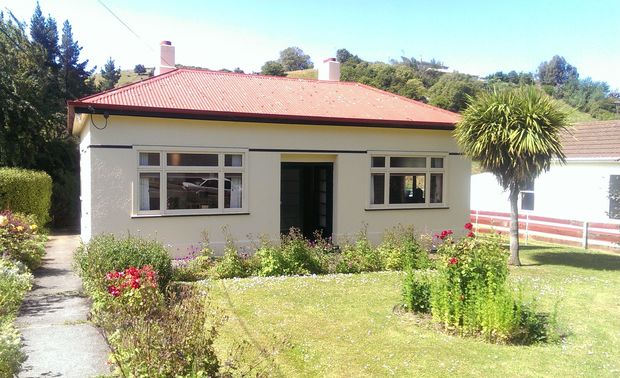 About 400 people each season have visited Janet Frame's family home in Oamaru since it was opened to the public in 2005. Photo: RNZ / Belinda McCammon

Ian Elliott is the marketing manager for Tourism Waitaki and describes himself as a Janet Frame enthusiast who remembers reading Owls Do Cry at school in Oamaru in the early 1970s.

He said while the house was significant it was a specialist part of the district's overall attractions and it was important to strive to make the most of the critical history and people of the area.

Mr Elliott said the town's i-site gets two to five walk up enquiries a week about the house and while the house was marketed as part of the Janet Frame Heritage Trail any regional tourism organisation had to work hard to promote its attractions.

"I would like to do more to promote the house and the trail. I strongly believe that Janet Frame is a critical person in the history of the Waitaki District and Oamaru and it's really important to promote what we've got as much as we can.''

In April the Trust plans a literary celebration in Oamaru to mark their 10 years, with poets invited to the town to give their tribute to Janet Frame.