Rainbow's End chief executive Chris Deere says the South Auckland amusement park's roller coaster will remain shut until its engineers find out what caused the ride to malfunction this afternoon.

About 30 people endured a terrifying 15 minutes after their carriage jammed at the top of their ride.

Emergency services were not contacted by the park or visitors to it, and no-one was hurt in the incident.

Chris Deere said the ride automatically halted when a fault was detected and overheating could have been the cause.

He said it was not the first time the park's roller coaster had stopped suddenly as that was part of its safety mechanism.

"As the roller coaster was ascending, the main lift which takes it up to its highest point on the chain, the ride displayed a fault, so as a result of that fault the ride stopped as it's supposed to." 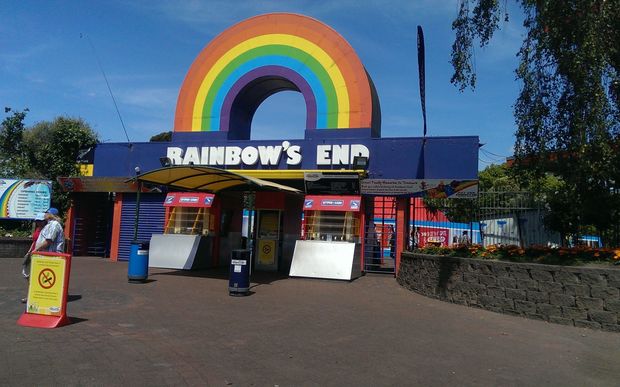 A holidaymaker from Christchurch, Matthew Pepere, said they were stuck at the very top of the ride for about quarter of an hour.

"All of a sudden it stopped. Most people would have thought it was just gonna carry on, but it didn't."

Mr Pepere, who was there with his family and two other families from the South Island, said the drama had ruined their day.

He said Rainbow's End should have offered the children a free drink, some lollies or a hat as compensation.

The amusement park did refund tickets and apologised to all those who were in the carriage, however.

A woman who was accompanied by her children said the situation was made more frightening because they could not talk to each other.

"You couldn't see each other because you were strapped in ... you couldn't turn around and talk to your kids or talk to anybody."