Thirteen refugees from Syria have resettled into local communities after completing their induction programme at the Mangere Refugee Resettlement Centre in Auckland. 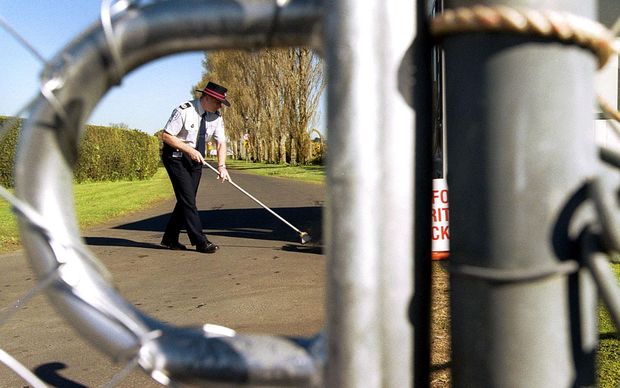 A security guard sweeps the road at the entrance to the Mangere Refugee Centre in Auckland. Photo: AFP

The Government announced last February it would take 100 Syrians as part of its annual United Nations refugee quota of 750.

An Immigration New Zealand spokesperson said plans were under way to resettle the remaining Syrians in the first half of this year.

Amnesty International called for the Government should take more refugees from Iraq and Syria, saying atrocities had been carried out on civilians by Islamic State and Kurdish forces, the Iraqi armed forces and the Shia militia which supports them.

"New Zealand has a tiny refugee quota and really isn't doing its bit to support the resettlement of refugees who have fled from Syria and Iraq," he said.

"Secondly, before it gets involved in any military action, it really needs to look at a thorough plan for protection of civilians right across the region."