Police say they now know the identities of the two men seen with a man who was fatally assaulted at an Auckland motel at the weekend. 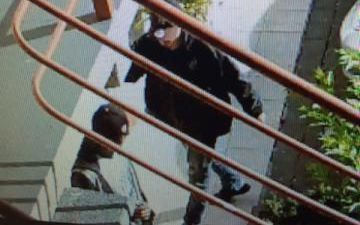 Ihaia Gillman-Harris, who was 54, died in Auckland Hospital just hours after he was found injured in his Epsom motel room on Saturday.

A post-mortem confirmed he died of blunt force trauma to the head.

Detective Inspector Scott Beard said the investigation team had made good progress in the last 24 hours.

He said they wanted to speak to the two men captured on security cameras at the motel.

Mr Beard said he believed they were actively avoiding the police but he was encouraging them to come forward.