A study by Massey University ecologists shows dairying could be costing New Zealand more than it earns, if environmental damage is included. 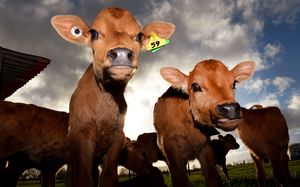 The research, by ecologists Kyleisha Foote and Mike Joy, study found that once the cost of irrigation, fertiliser, and environmental impacts were included dairying could have cost the country billions of dollars more than it earned in 2012.

Their figures cover factors such as removing nitrate from the water, soil compaction, the cost of greenhouse gas emissions, and the loss of New Zealand's clean green image.

The pair say the study has large possible variations, with estimates of the cost to New Zealand from $6.5 billion to $18.2 billion.

The study says more research is urgently needed to assess the true cost and value of the industry.