Charities feeling the pinch of a cashless society are asking people to flash the plastic this Christmas.

With society's increasing reliance on electronic payment methods, some charities have been struggling to raise enough money through street-corner appeals for cash.

In its street appeal last week, the Wellington City Mission trialled the use of portable EFTPOS terminals alongside traditional bucket collections.

It said it raised more than $3000 in one day through the EFTPOS terminals alone. 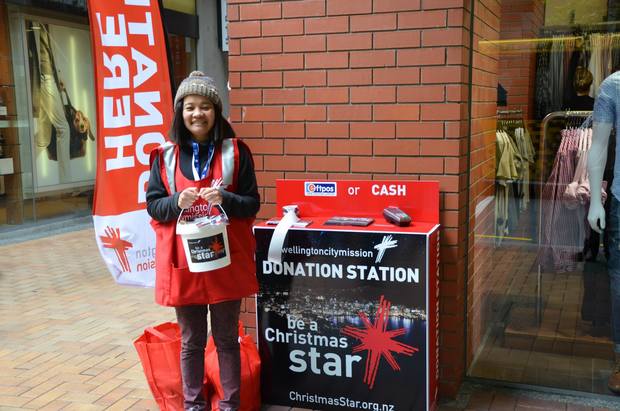 The most common donations were $5 and $10, she said - though one person gave $200, which she described as a remarkable amount for spontaneous giving.

She said the money was used for essential causes.

"We contribute to the wellbeing of around 600 people every day and, at Christmas time, there's even more - I can think of last year, we gave out to about 1200 people, toys and goods and food."

Ms Branney said the gifts helped alleviate some of the financial stress associated with the festive season.

She said it was hard for people to ask for help, and it was important the mission had enough money to make sure families could work with social workers to find long-term solutions.

Charities did need to be careful, though, when they were asking the public for money, she said.

Now, to cash-strapped but account-laden pedestrians, Ms Branney said she was glad they could say: "We've got the facility, we've got the EFTPOS machine here... No pressure, you give what you feel comfortable."