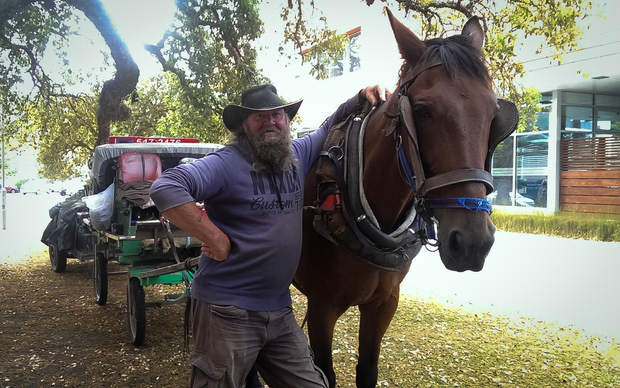 Stanton, who has been in ongoing disputes with the Nelson City Council for nearly 14 years, was sentenced in March to 400 hours of community work for failing to pay more than $50,000 for traffic infringements, mostly parking fines.

But he refused to do community work and failed eight times to report to the probation office.

He claims the council has violated his human rights by enforcing restrictions on his alternative lifestyle.

Sentencing him, Judge Denys Barry told him he had engineered the situation he now finds himself in, by deliberately closing the door on any community-based sentence.

Lewis Stanton said he would be appealing the decision.

He said it was about the bigger picture.

His horse will be looked after by friends while he is in prison.

Earlier this week, a High Court judge quashed an injunction taken out by the city council to stop him entering the central city, saying it was unnecessary, partly because there was a process and bylaws to deal with parking infringements.