Police and Customs are working on how to better spot packages from overseas that may be linked to drug production and supply, after busting a sophisticated cannabis operation in the lower North Island. 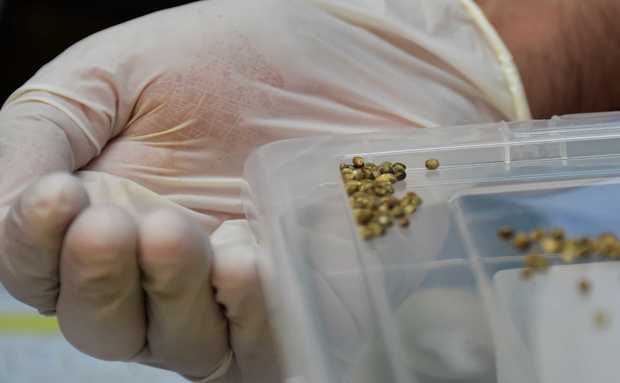 More than 200 cannabis plants were seized and 11 people were arrested following yesterday's operation in Wellington and Whanganui.

The Police said the group had sold hundreds of thousand of dollars worth of the drug over the past few years.

Investigators have discovered a syndicate had been importing cannabis seeds from Europe and LED growing lights from China.

The Chief Customs Officer for Wellington and Christchurch, Kirk McPherson, said the cannabis seeds were first intercepted about five months ago.

But he said it was not known when the importing started.

"There's a possibility of course that he wasn't importing all the time."

"They could've been using local seeds.They have local grown stuff and it becomes not strong enough for them so they try and import seeds from overseas. Try and get stronger THC."

"It might've been the first time they imported them that we caught them but we just can't say," he said.

Mr McPherson said it was impossible to know whether Customs were catching the majority of drug-related imports.

"We're always looking for ways to improve our detection techniques. But the guys at the mail centre do a fantastic job and find a lot of the stuff that comes in."

"We're don't say we're going to get it all but they do a pretty good job in finding what they find," he said.

The Head of Wellington's Drug and Organised Crime Squad, Detective Senior Sergeant Tim Leitch, said the police were working with Customs to see how these sorts of imports could be profiled.

"We've discovered that there's been a flow of LED lights coming in from China that this group have been using to fit out their various cannabis grows."

"And that's something that we're talking to Customs about in an attempt, I suppose, to profile these sorts of importations," he said.

Tim Leitch said another batch of LED lights had just been ordered and were on the way from China.

He said a large shed in Whanganui had been purchased and was being set up for cannabis growing.

11 people, aged between 20 and 68, are facing charges including cultivating cannabis, possession of cannabis for supply and selling cannabis.

They will be appearing in court over the next few days.