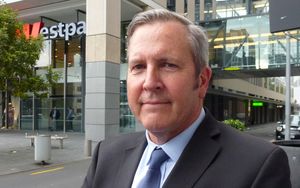 Mr Swney was sacked at the end of September after name suppression was lifted and it was revealed he was facing 39 charges for tax evasion, brought by Inland Revenue. He denies the charges.

The agency said at the time Mr Swney had told it that some of the tax issues related to fictitious invoicing to Heart of the City.

The move followed an independent investigation into the agency's finances, carried out by consultants McGrath Nicol.