MetService has issued a severe weather warning for parts of the western North Island as heavy rain causes flooding across the region. 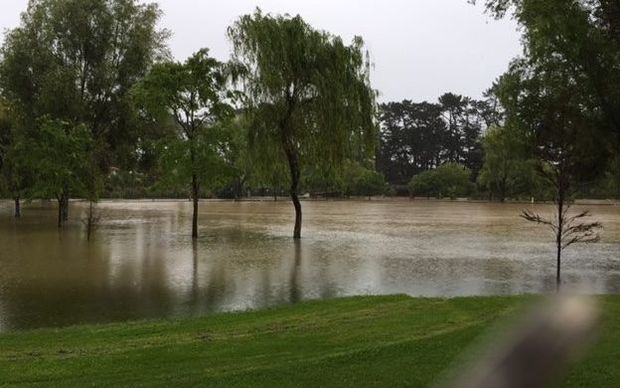 Residents have been asked to take care near the Waikanae River (pictured here at the Otaihanga Domain). Photo: Mark Hammond

It said people near the Tararua Range and Mount Taranaki should be aware of fast-rising rivers and streams.

The Kapiti Coast District Council said the Waikanae River had burst its banks and the Otaihanga Domain and Howarth Block adjacent to the river were closed.

Kapiti Mayor Ross Church said people should avoid the river corridor and drivers should be cautious.

"People need to be aware that the Waikanae River is high and the roads, of course, are treacherous and there's a bit of localised flooding there too so people just need to be cautious," he said. "There's no need for panic."

The council said there was also flooding in small pockets around Paraparaumu and Otaki.

Flooding on #SH1 near #Ohau pic.twitter.com/4eFWfzGaoD

In Porirua, Grays Road between Pahuatanui and Plimmerton was closed.

MetService said the rain should ease this evening.