An elderly couple is in Wellington Hospital following what police are calling a serious attack during a home invasion at their property in Waikanae, north of Wellington. 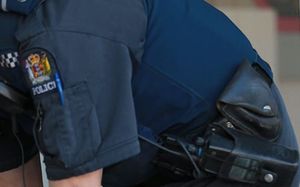 Police are calling for sightings of suspicious activity near He Awa Street in Waikanae, north of Wellington. Photo: RNZ / Diego Opatowski

Wellington Hospital said the couple was in a stable condition after the attack on Monday night, which left the pair - aged in their mid-80s - with head and face injuries.

Police said they were hoping to speak to the couple when they had begun to recover, to piece together exactly what happened and get a description of the offenders.

"I understand that they were in better shape yesterday, late afternoon, so I've got staff down there this morning to assess their condition and maybe speak with them," he said.

"We've had a great response from the wider Kapiti Coast community wanting to assist the police in their investigation, which is really encouraging."

Mr Ferguson said police found the couple's green 1999 Honda Accord, which was stolen in the attack, abandoned in a street near their He Awa Crescent home last night.

He said police wanted to find the offenders as fast as possible before they harmed anyone else.

In the meantime, he said, people should ensure they locked all doors and windows and made an effort to notice unusual activity.

"Look after your neighbours and your neighbours' property. If you see suspicious people or people that could be out of place, phone the police," he said.

They asked for sightings of any suspicious activity in the He Awa Street area in Waikanae around that time.