Nine members of the Special Air Services will receive Gallantry Awards for outstanding courage while serving in Afghanistan. 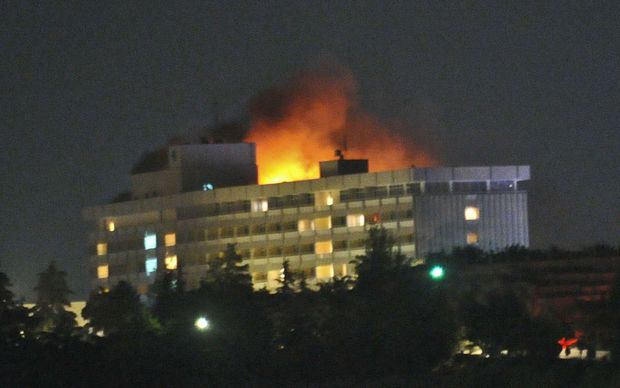 The Intercontinental hotel after an attack on the hotel by Taliban fighters, and a response by Afghan security forces backed by NATO helicopters in Kabul on June 29, 2011. Photo: AFP

The Defence Minister Gerry Brownlee said the men served in dangerous and volatile situations and have demonstrated extreme courage in the face of a determined enemy.

The Government said for security reasons, the soldiers' names and their actions cannot be released.

But one member will receive the Gallantry Star for attending an incident at the Intercontinental Hotel in Kabul in 2011 while under heavy fire.

Four of the other Gallantry awards are also related to that incident.