Convicted murderer and paedophile Phillip John Smith did not want the media to take photos and film of him in court today because he did not have his toupee, lawyer Tony Ellis says. 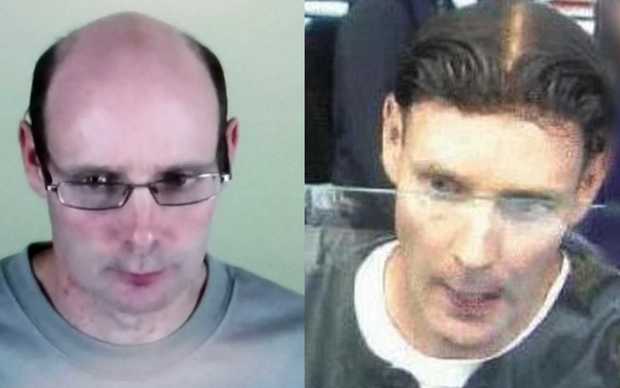 Phillip Smith this morning without his hairpiece, left, and pictured at Auckland airport as he escaped the country last month. Photo: RNZ / POLICE

Almost bald without his hairpiece, Smith appeared at the Auckland District Court by video link from the maximum security Auckland Prison at Paremoremo. 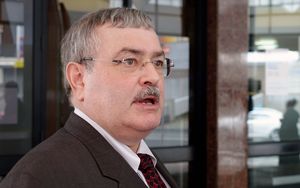 He is charged with escaping custody and making a false representation when applying for a passport - charges Mr Ellis said he planned to defend.

He is accused of fleeing the country while on a three-day release from Spring Hill prison in Waikato.

He left New Zealand on 6 November, flying to Chile, then on to Brazil, and was detained in Rio de Janeiro on 13 November.

At the time was serving a life sentence, having been convicted in 1996 of murdering the father of a boy he had sexually assaulted. He was also convicted of kidnapping and several other charges.

Outside court today, Mr Ellis said his Smith was happy and in a positive mood. However, he was unhappy he had had to appear without his toupee.

"He's no longer on his hunger strike, he's out of the at-risk unit but, as you saw from the audio visual link in the court, he doesn't have his hairpiece back and he says that's just to punish him," he said.

Smith is due back in court next week.